What's The Most Baseball Games Without A Postseason Appearance? 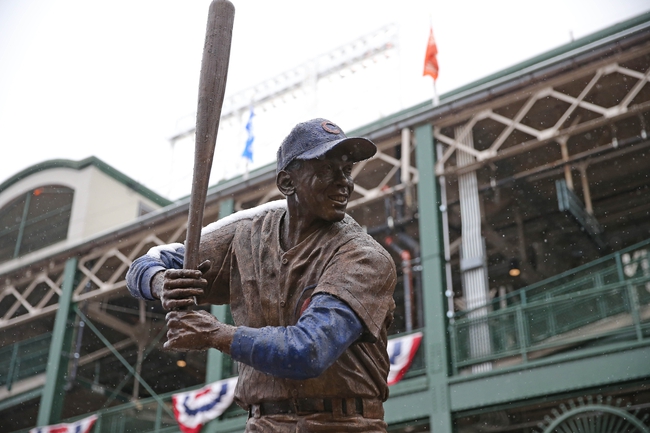 MLB Players Who Have Gone The Longest Without A Playoff Appearance

Sometimes sports isn’t fair and you have some of the best players who waste their career producing for a team that just can’t build around them. It’s worse for baseball players, as the season is so long and playing on teams that don’t contend for a playoff spot year after year can have you questioning your sanity.

Here are the 10 players who have gone the longest without an MLB postseason appearance.

What's The Most Baseball Games Without A World Series Appearance?

1. Ernie Banks, 2,528 games - Ernie Banks played 19 years for the Chicago Cubs and not once made the postseason. Banks was a 14-time all-star, two-time NL MVP, a gold glove winner in 1960 and has played more games in a Cubs uniform than anyone in history.

3. Mickey Vernon, 2,409 games - Mickey Vernon played for five different teams in his career and never made the postseason. However, Vernon is credited as a World Series champion despite never making the playoffs, as he was on the active roster but not the playing roster of the 1960 Pittsburgh Pirates. Vernon was a seven-time all-star and two-time AL batting champ.

4. Buddy Bell, 2,405 games - Buddy Bell played 18 years and on four different teams and was never lucky enough to see playoff baseball. Bell was a five-time all-star, six-time gold glove winner and won the silver slugger award in 1984. Bell managed for nine seasons and never reached the postseason there either.

5. Ron Santo, 2,243 games - Ron Santo played 14 years with the Chicago Cubs and one year with the Chicago White Sox and never tasted the postseason. Santo was a nine-time all-star and five-time gold glove winner.

6. Joe Torre, 2,209 games - Joe Torre never made the postseason as a player in 18 years despite being a nine-time all-star and the 1971 NL MVP. However, I’m sure Torre is just fine considering he was a four-time World Series champion as manager of the New York Yankees.

8. Harry Heilmann, 2,147 games - Harry Heilmann played 17 years with the Cincinnati Reds and Detroit Tigers, and he didn’t see the postseason once despite being one of the best hitters of all-time. Heilmann was a four-time AL batting champ and is one of five AL players to hit .400 on the season.

9. Eddie Yost, 2,109 games - Eddie Yost was a reliable player who averaged 117 games over 18 years and led the league in walks six times. Yost never made the postseason as a player, but he did win a Word Series in 1969 as a third base coach with the New York Mets.

10. Roy McMillan, 2,093 games - Roy McMillan never saw the postseason despite 16 years and over 7,600 plate appearances. McMillan was a consistent player for the most part and produced a par of all-star appearances and three gold glove awards.

The pick in this article is the opinion of the writer, not a Sports Chat Place site consensus.
Previous Pick
World Series 2020: MLB Pick, Odds, and Prediction
Next Pick
What's The Most Baseball Games Without A World Series Appearance?