What's The Most Baseball Games Without A World Series Appearance? 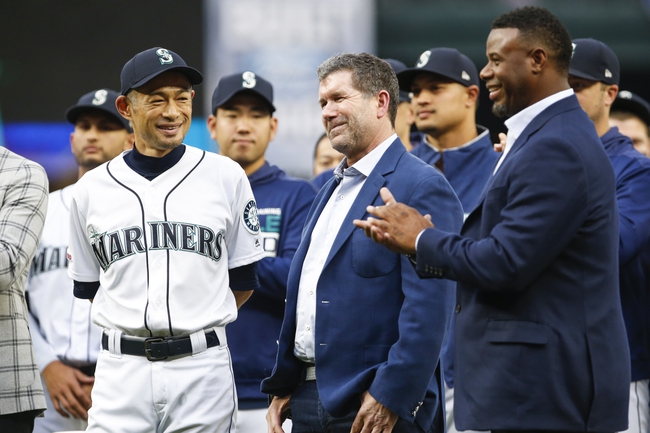 Baseball is one of the toughest sports in the world to play and have team success, so it’s not surprising to see a lot of the games greats come up short in the championship department. However, there are a lot of great players who have never even played in a World Series.

Here are the batters who have played the most games in MLB history without a World Series appearance.

What's The Most Baseball Games Without A Postseason Appearance?

1. Rafael Palmeiro, 2,831 games - Rafael Palmeiro played in two league championships in 20 seasons and 22 playoff games overall. Palmeiro was a four-time all star, three-time gold glove winner and one of six players to hit 500 home runs and come away with 3,000 hits. Palmeiro would be in the baseball hall of fame if he didn’t take steroids.

4. Andre Dawson, 2,627 games - Andre Dawson played in 15 postseason games in 21 years, making the playoffs just once in his first 13 seasons. Dawson was an eight-time all-star, 1987 NL MVP, eight-time gold glove winner and is one of eight players with a career 300 home runs and 300 stolen bases.

5. Ernie Banks, 2,528 games - Ernie Banks holds the all-time baseball record with the most games played without a playoff appearance, so it was only a matter of time before he ended up on this list. Playing 19 years on some bad Chicago Cubs teams, Banks was a 14-time all-star, two-time NL MVP and won a gold glove in 1960.

6. Julio Franco, 2,527 games - Julio Franco played 23 years on eight different teams and found himself in nine different postseason series, but he could never taste the promised land. Franco was a three-time all-star, five-time silver slugger award winner and was an AL batting champ in 1991.

9. Bobby Abreu, 2,425 games - Bobby Abreu played on six different teams in 18 years and found himself in one league championship, which was his 2009 Los Angeles Angels losing to the New York Yankees in six games. Abreu was a two-time all-star and a gold glove winner in 2005.

10. Luke Appling, 2,422 games - Luke Appling played 20 seasons with the Chicago White Sox and never even made the postseason. Appling led the league in batting average twice, and he was a seven-time all-star and two-time AL batting champion.

The pick in this article is the opinion of the writer, not a Sports Chat Place site consensus.
Previous Pick
What's The Most Baseball Games Without A Postseason Appearance?
Next Pick
Which MLB Players Have the Most Home Runs in the World Series?