Which MLB Players Have the Most Home Runs in the World Series? 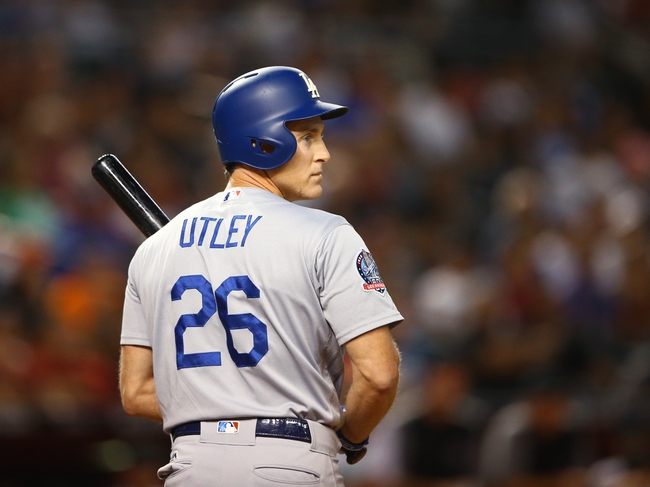 There’s no more exciting occurrence in baseball than the home run, and there’s no bigger stage than the World Series. The best MLB players excel in the postseason, and over the years a few talented players have showcased their home-run swings to great effect in the World Series. Get Free MLB Picks and MLB Predictions for every game all season long at Sports Chat Place.

These are the MLB players with the most home runs in the World Series.

1. Mickey Mantle, 18 - The Yankees have more World Series wins than any other MLB team, so it stands to reason that there’s a healthy selection of Bronx Bombers on this list. Mantle is one of the MLB’s all-time greats, and probably the best switch hitter ever. Among Mantle’s staggering list of accomplishments are 20 All-Star appearances, seven World Series wins, three AL MVP Awards and a selection to the Hall of Fame in 1974.

2. Babe Ruth, 15 - Babe Ruth IS baseball, and as the game’s most legendary figure it’s only natural to see him on the World Series home runs list. The Bambino played in the MLB for 22 Hall-of-Fame-worthy seasons, winning seven World Series and leading the AL in home runs 12 times. Oh yeah, and he was a pretty great pitcher as well.

3. Yogi Berra, 12 - Berra is the most quotable MLB player in history, and his insightful quips (like “It ain’t over ’til it’s over”) nearly overshadow his awesome performance on the field. During his 19 seasons in the Major Leagues, Berra won a whopping 13 World Series and was an 18-time All-Star.

4. Duke Snider, 11 - Let’s venture outside Yankee Stadium for a moment and visit Snider, who is best remembered as a key part of Brooklyn/Los Angeles Dodgers history. During his 18-year career, Snider hit 407 home runs with 1,333 RBI and a .295 BA. Fun fact: Snider had a 60-acre avocado farm south of Los Angeles.

5. Lou Gehrig, 10 - With the exception of Ruth, perhaps no Yankee is revered like Gehrig, whose work ethic and durability were legendary. Among Gehrig’s accomplishments on the baseball field were six World Series wins, two AL MVP awards and a Triple Crown. Gehrig once hit four home runs in a game during the 1934 season.

5. Reggie Jackson, 10 - It makes sense that Jackson is on this list. He earned the nickname “Mr. October” thanks to his reliable clutch playoff hitting and he was must-see television during the postseason. Jackson played in the MLB for 21 years with five different teams. He was a 14-time All-Star and won five World Series championships.

7. Joe DiMaggio, 8 - Another legendary figure in baseball lore, DiMaggio ranked fifth in career home runs at the time of his retirement (361 total), was a 13-time All-Star and won nine World Series titles. He also hit safely in a mind-boggling 56 straight games in 1941. As if that weren’t enough, DiMaggio is also notable for his marriage to Marilyn Monroe.

7. Frank Robinson, 8 - Robinson was a lifer in the baseball world. He made his debut in 1956 with the Cincinnati Reds, and was involved in the MLB as a manager/coach all the way up to 2006. Robinson won two World Series titles, 14 All-Star nods, a Triple Crown (1966), an NL Rookie of the Year, a Gold Glove, an NL MVP, an AL MVP and an AL Manager of the Year Award among his myriad accomplishments.

7. Bill Skowron, 8 - Though Skowron isn’t as well-known as a lot of the names on this list, “Moose” (as he was affectionately called) was a frequent fixture in the World Series during his 13-year career. He won back-to-back World Series championships for different teams (and won five total) and was an eight-time All-Star.

10. Hank Bauer, 7 - Bauer is another name modern baseball fans may not know so well, but he accomplished things on the field that many players can only dream of. In addition to his eight World Series championships, Bauer was a three-time All-Star selection and managed the Athletics and Orioles once his playing days were finished.

10. Goose Goslin, 7 -  Goslin was a dangerous hitter during a career that spanned from 1921 to 1938. He led the AL in triples twice and finished with a BA over .300 eleven times. Though he only managed one All-Star selection (1936), Goslin won two World Series and was the AL batting champion in 1928.

10. Gil McDougald, 7 - McDougald played for the Yankees from 1951 through 1960 and won the AL Rookie of the Year in his first season. He was part of a very dangerous lineup, helping the team win eight AL pennants and five World Series. Goslin was also a six-time All-Star.

10. Chase Utley, 7 - During his 16 MLB seasons, Utley quietly amassed some very impressive numbers. In addition to being a solid glove at second base for the Phillies and Dodgers, Utley won four Silver Slugger Awards, had six All-Star selections and a World Series championship in 2008.

The pick in this article is the opinion of the writer, not a Sports Chat Place site consensus.
Previous Pick
What's The Most Baseball Games Without A World Series Appearance?
Next Pick
Who Are the MLB Pitchers with the Most Strikeouts in the Postseason?