Who Are the MLB Hitters with the Most Strikeouts in a Season? 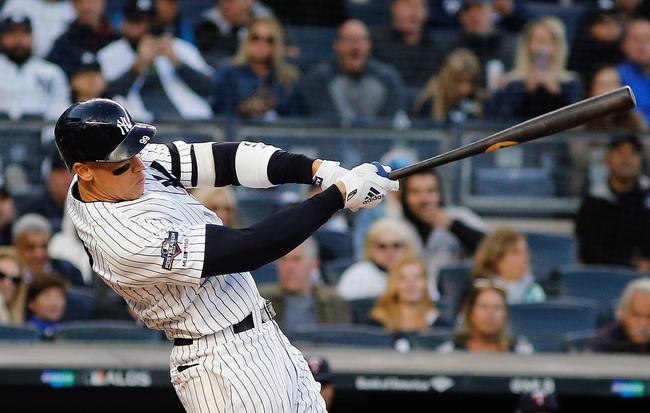 The MLB Batters with the Most Strikeouts in a Season

The MLB single-season strikeouts record is a dubious honor for a hitter, and it’s a mark that seems to be contested nearly every season. With the way players swing for the fences these days the K numbers have inflated greatly, and some players are simply much better than others when it comes to futility at the plate. Get Free MLB Picks and MLB Predictions for every game all season long at Sports Chat Place.

These are the MLB hitters with the most strikeouts in a season.

1. Mark Reynolds, Baltimore Orioles, 223 (2009) - Reynolds was always a feast-or-famine-type player in the batter’s box, so it’s not really a surprise to see him on the MLB season strikeouts list (twice). His 2009 K output broke Reynolds’ own record from the previous season, which is now low enough to be out of the top ten. That said, Reynolds still hit 44 home runs with 102 RBI and 98 runs in the 2009 season.

3. Chris Davis, Baltimore Orioles, 219 (2016) - If you’re familiar with “Crush Davis,” you’ll know why he’s on this list twice. Davis led all major league players in strikeouts per at-bat from 2015 through 2018, and his 219 season falls near to the middle of that stretch. Adding to the sting, Davis had just signed a seven-year, $161 million contract with the Orioles in January of 2016.

5. Chris Carter, Houston Astros, 212 (2013) - The good news about Carter’s 2013 season is that he hit 29 home runs and drove in 82 runs. The bad news is that he also struck out a league-high 212 times that year. After moving on from Houston, Carter went around to a few other MLB teams before settling in the Mexican League and helping the Acereros de Monclova to a 2019 championship.

6. Mark Reynolds, Arizona Diamondbacks, 211 (tie; 2010) - Reynolds flirted with breaking his own MLB season strikeouts record in 2010, his final year with the Diamondbacks. As expected, despite the high K’s number Reynolds also put up some nice power stats, logging 32 home runs, 85 RBI and a career-high 83 walks in 145 games.

6. Giancarlo Stanton, New York Yankees, 211 (tie; 2018) - The free-swinging Yankees power teams of the late 2010s appear a couple of times on the MLB season strikeout list, and the biggest contributor to their strikeout totals in 2018 was Stanton with 211. Still, Stanton had a pretty statistically great campaign there with 38 home runs, 34 doubles and 100 RBI.

8. Chris Davis, Baltimore Orioles, 208 (tie; 2015) - The streaky Davis put up quite a sizable strikeout total in 2015 as well, and it led to him leading the league in strikeout percentage, whiffing in almost one-third (31.0 percent) of his plate appearances. Still, Davis managed 12.2 at-bats per home run that season and was second in the AL in RBI with 117.

8. Aaron Judge, New York Yankees, 208 (tie; 2017) - Judge’s first full season with the Yankees established him as a full-fledged star, but it also came with a big strikeout total. In addition to the 208 whiffs, Judge set rookie records aplenty while totaling a .284 BA, 52 home runs and 114 RBI. His 33 homers at Yankee Stadium that year broke the single-season team mark previously held by the legendary Babe Ruth.

10. Joey Gallo, Texas Rangers, 207 (2018) - Gallo’s 2018 season just cracks our MLB season strikeouts list, and that campaign also came with some nice power numbers. Although Gallo hit just .208 on the year, he also posted 12.5 at-bats per home run and hit 40 dingers during the season. The next year, Gallo would set a record (since broken) for being the fastest player in American League history to reach 100 career home runs, doing it in just 377 games.

The pick in this article is the opinion of the writer, not a Sports Chat Place site consensus.
Previous Pick
Who Are the MLB Pitchers with the Most Strikeouts in the Postseason?
Next Pick
What's The MLB Record For Most Home Runs Hit By A Rookie?