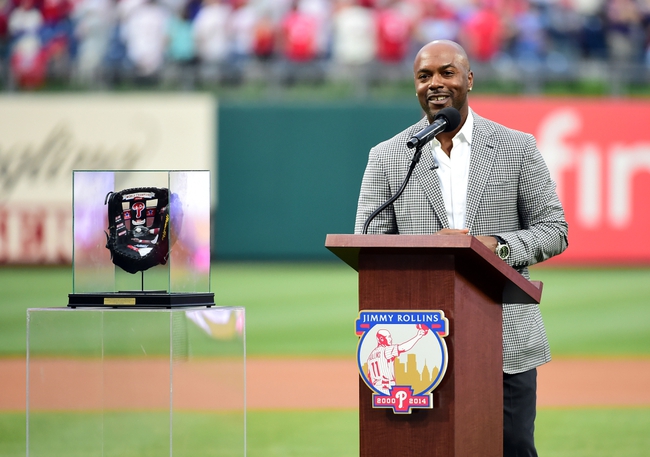 Hitting a baseball is one of the hardest things in all of sports, so putting together a lengthy hitting streak is ridiculously impressive. While baseball is well over 100 years old, there’s only six players who have hit safely for 40 straight games. Getting one hit against major league pitching is tough. A hit night after night for a whole month? Sheesh. Get Free MLB Picks and MLB Predictions for every game all season long at Sports Chat Place.

Here are the longest hitting streaks in MLB history.

1. Joe DiMaggio, New York Yankees, 56 games, 1941 - Joe DiMaggio had 91 hits, 15 home runs, 55 RBI and 21 walks during these 56 games. The Yankees went 41-13-2 during the winning streak and eventually went on to win the World Series. DiMaggio’s hitting streak is one of those records that will probably never be broken.

2. Willie Keeler, Baltimore Orioles, 45 games, 1896 - Willie Keeler is one of the best hitters the game has ever seen, and this hitting streak came during an impressive eight year stretch. From 1894 to 1901, Keeler averaged 215 hits and had a .378 batting average.

3. Pete Rose, Cincinnati Reds, 44 games, 1978 - Pete Rose is the all-time leading hitter, so you knew he was going to be on this list somewhere. What’s crazy about this streak is that Rose didn’t even lead the NL in hits this season, as that title went to Steve Garvey.

4. Bill Dahlen, Chicago Cubs, 42 games, 1894 - Bill Dahlen put together this hitting streak in just his fourth season and it was the major league record at the time. Dahlen still has the longest hitting streak for an NL right-handed hitter, but he never led the league in hits through 21 years.

6. Ty Cobb, Detroit Tigers, 40 games, 1911 - Ty Cobb dominated baseball with the bat for much of his career, and this hitting streak helped him win his only MVP Award. This streak also contributed to Cobb being the Detroit Tigers all-time leading hitter with 3,900.

8. Jimmy Rollins, Philadelphia Phillies, 38 games, 2005-06 - Jimmy Rollins has the longest hitting streak of the 21st century and he was a tough out due to his ability to beat out infield hits. This hitting streak helped Rollins become the Phillies all-time leading hitter with 2,306 hits.

9. Tommy Holmes, Boston Braves, 37 games, 1945 - Tommy Holmes set the modern NL record with this streak that ran from June 6 to July 8. This was the year Holmes led the league in hits, doubles, home runs and slugging percentage, finishing second in the MVP race behind Phil Cavarretta.

The pick in this article is the opinion of the writer, not a Sports Chat Place site consensus.
Previous Pick
What's The MLB Record For Most Home Runs Hit By A Rookie?
Next Pick
Top 10 MLB Stadiums