What's The MLB Record For Most Home Runs Hit By A Rookie? 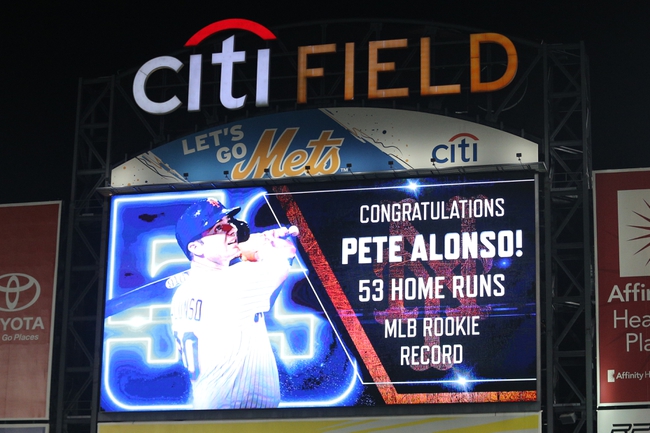 Most Home Runs Hit By An MLB Rookie

MLB is seeing more and more young players come up quickly and make an impact. Gone are the days where a player sits in the minors for seven years and only gets called up when he has to shave everyday. This article, we’re looking at the most home runs in MLB rookie history. Get Free MLB Picks and MLB Predictions for every game all season long at Sports Chat Place.

Here are the most home runs by a rookie in MLB history.

1. Pete Alonso, New York Mets, 53 home runs, 2019 - Pete Alonso won Rookie of the Year and was in the MVP conversation, averaging a home run every 11.2 at bats. Alonso had four games where he hit two home runs and 18 of his bombs gave the Mets the lead.

9. Ted Williams, Boston Red Sox, 31 home runs, 1939 - This was the start of a Hall of Fame career, as Ted Williams hit 31 homers at 20 years old and led the league with 145 RBI. Williams finished fourth in MVP voting this year behind Joe DiMaggio, Jimmie Foxx and Bob Feller.

The pick in this article is the opinion of the writer, not a Sports Chat Place site consensus.
Previous Pick
Who Are the MLB Hitters with the Most Strikeouts in a Season?
Next Pick
What's The Longest Hitting Streaks In MLB Baseball History?