What's The Record For Most Hits In A MLB Single Season? 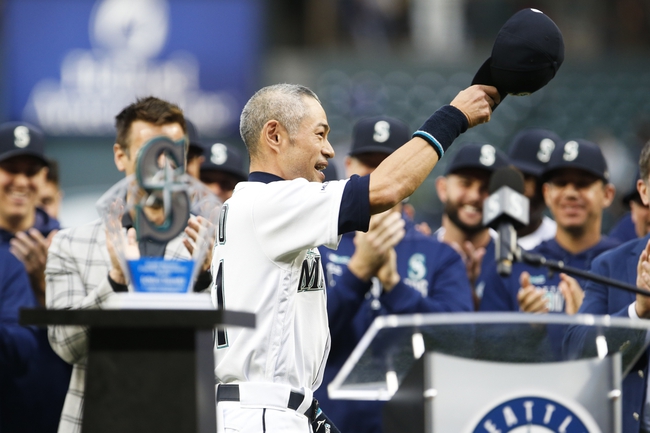 The Most Hits In A Single Season In Baseball History

In the history of baseball, there’s only been seven times where a player has had 250 or more hits in a season. Hitting professional pitching is one of the toughest things in all of sports, so the hitting records is one of the more incredible feats you’re going to find. Get Free MLB Picks and MLB Predictions all season long for every game at Sports Chat Place

Here are the most hits in a single season in MLB history.

1. Ichiro Suzuki, 262 hits, 2004 - Ichiro Suzuki accomplished this total in only his fourth season in the majors and had a career best .372 batting average. In 208 at bats against left-handed pitching, Suzuki had a .404 batting average and .444 on base percentage.

2. George Sisler, 257 hits, 1920 - George Sisler held the single season hitting record for 84 years, and he hit .426 in 155 at bats against left-handed pitching. Sisler had a 25-game hitting streak during this season and had 12 games with four hits.

9. George Sisler, 246 hits, 1922 - This is the year George Sisler won the first AL MVP and in 114 at bats against left-handed pitching, he had a ridiculous .500 batting average and .547 on base percentage. Sisler’s 1922 season is easily one of the more productive you’ll find in baseball history.

10. Ichiro Suzuki, 242 hits, 2001 - This was the first season we saw Ichiro Suzuki in the United States. Suzuki had a 23-game hitting streak during this year and hit .429 in 28 games in the month of August. Suzuki holds the rookie record for most hits in a season.

The pick in this article is the opinion of the writer, not a Sports Chat Place site consensus.
Previous Pick
Who Has The Most Hits In MLB Baseball History?
Next Pick
Baseball 2020 Home Run Leader - MLB Pick, Odds, and Prediction