Which MLB Closer Recorded the Most Saves in a Single Season? 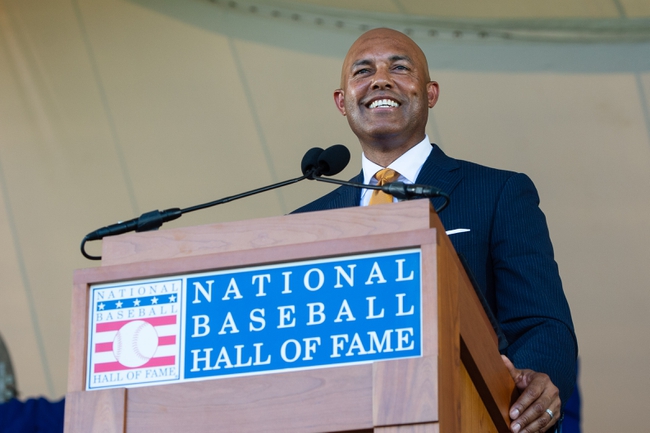 A Look at the Top Ten Closers for a Single Season in Major League Baseball History.

Top Ten Pitchers for Saves in a Single Season for Major League Baseball.

There have been a lot of great players that have come through Major League Baseball, whether it was having a career with just one team or multiple teams.  Which closers had the most saves for a single season? Let us take a look and see who made this list. Get Free MLB Picks and MLB Predictions all season long for every game at Sports Chat Place

1. Francisco Rodriguez is number 1 on the list, after having a tremendous 2008 season for the Los Angeles Angels.  Rodriguez collected 62 saves, while finishing the season with a 2.24 earned run average. The closer had 77 strikeouts in 68.1 innings.

T-2. Edwin Diaz is number 2, having had an outstanding 2018 season with the Seattle Mariners.  Diaz recorded 57 saves, while pitching 73.1 innings. The Seattle closer concluded the season with a 1.96 earned run average, while striking out 124 hitters.

T-2. Bobby Thigpen is tied with Diaz for 2nd, after the Chicago White Sox pitcher finished the 1990 season with 57 saves.  Thigpen totaled 70 strikeouts in 88.2 innings, while ending the season with an incredible 1.83 earned run average.

T-4. John Smoltz is tied for 4th with Gagne, having had a great 2002 season with the Atlanta Braves.  Smoltz registered 55 saves, while finishing with an earned run average. The Braves closer had 85 strikeouts, while pitching 80.1 innings.

T-6. Randy Myers is tied for 6th with Hoffman, due to collecting 53 saves with the Chicago Cubs during the 1993 campaign.  Myers had a 3.11 earned run average, while striking out 86 hitters in 75.1 innings.

T-6. Mariano Rivera is tied for 6th with Hoffman and Myers, after totaling 53 saves during the 2004 year for the New York Yankees.  Rivera registered an earned run average of 1.94, while recording 66 strikeouts in 78.2 innings.

9. Eric Gagne is on here for the 2nd time at number 9, thanks to a great 2002 season.  The closer registered 52 saves for the Dodgers. Gagne added 114 strikeouts, while pitching just 82.1 innings.  The Dodgers closer ended the season with a 1.97 earned run average.

There is a 5 way tie for 10th on the list.  Rod Beck, Dennis Eckersley, Jeurys Familia, Jim Johnson, and Mark Melancon all recorded 51 saves in a season.

T-10. Beck collected 51 saves during the 1998 season for the Chicago Cubs.  The closer finished the season with a 3.02 earned run average.

T-10. Eckersely totaled 51 saves for the Oakland Athletics in the 1992 season.  The Oakland closer registered a 1.91 earned run average during 80.0 innings.

T-10. Johnson recorded 51 saves for the Baltimore Orioles during the 2012 season.  The Baltimore closer finished the season with a 2.49 earned run average in 71 games.

The pick in this article is the opinion of the writer, not a Sports Chat Place site consensus.
Previous Pick
Baseball 2020 Home Run Leader - MLB Pick, Odds, and Prediction
Next Pick
What's The Most Caught Steals In a Single Season In MLB History?