Which MLB Closer Recorded the Most Saves in their Career? 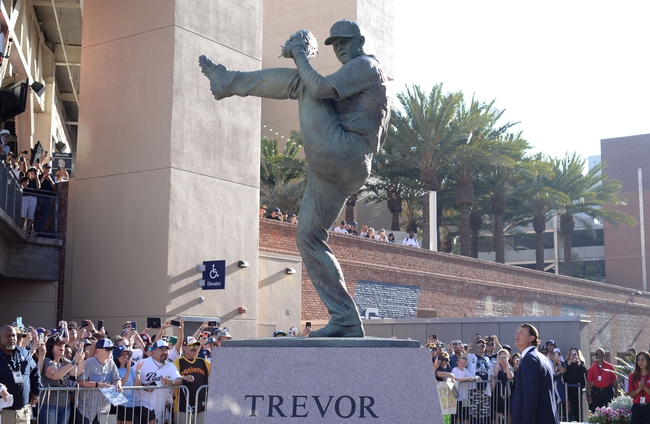 A Look at the Top Ten Closers for their Career in Major League Baseball History.

Top Ten Pitchers for Saves in a Career for Major League Baseball.

There have been a lot of great players that have come through Major League Baseball, whether it was having a career with just one team or multiple teams.  Which closers had the most saves for their career? Let us take a look and see who made this list. Get Free MLB Picks and MLB Predictions all season long for every game at Sports Chat Place

1. Mariano Rivera is atop the list after having a Hall of Fame career with the New York Yankees.  Rivera collected 652 saves during his 19 year MLB career. The closer finished with an earned run average of 2.21, while tossing 1,283.2 innings.  Rivera played from 1995-2013.

2. Trevor Hoffman is 2nd on the list, after recording 601 saves during an 18 year career.  Hoffman collected most of his saves with the San Diego Padres, but also had saves for the Milwaukee Brewers and Florida Marlins.  The Hall of Fame closer pitched 1,089.1 innings, while totaling 1,133 strikeouts. Hoffman played from 1993-2010.

3. Lee Smith is number 3, after recording 478 saves across 18 MLB seasons.  Smith converted these saves while playing for 8 different organizations. The closer led the league 4 different times in saves, with two of those coming with the Cardinals.  The Hall of Fame closer pitched from 1980-1997.

4. Francisco Rodriguez is number 4, after registering 437 saves.  Rodriguez recorded these saves across 16 seasons that stretched from 2002-2017.  The closer played for 4 different organizations, while leading the league 3 different times in saves.  The 6x all-star had a 2.86 earned run average.

5. John Franco rounds out the top 5, having converted 424 saves during a 21 year career.  The closer finished his career with a 2.89 earned run average. Franco threw 1,245.2 innings, striking out 975 hitters, while pitching for the Reds and Mets.

7. Dennis Eckersley is number 7, after finishing his career with 390 saves.  Eckersley collected these saves across a 24 year career, pitching for 5 different organizations.  The Hall of Fame pitcher collected 197 wins, while striking out 2,401 hitters in 3,285.2 innings.

9. Jonathan Papelbon is number 9, after finishing a 12 year career with 368 saves.  Papelbon collected saves for the Red Sox, Phillies, and Nationals during his career.  The closer finished with an earned run average of 2.44, while pitching 725.2 innings. The 6x all-star pitched from 2005-2016.

The pick in this article is the opinion of the writer, not a Sports Chat Place site consensus.
Previous Pick
Who Has The Most Caught Stealing In MLB Baseball History?
Next Pick
Baseball 2020 National League MVP - MLB Pick, Odds, and Prediction