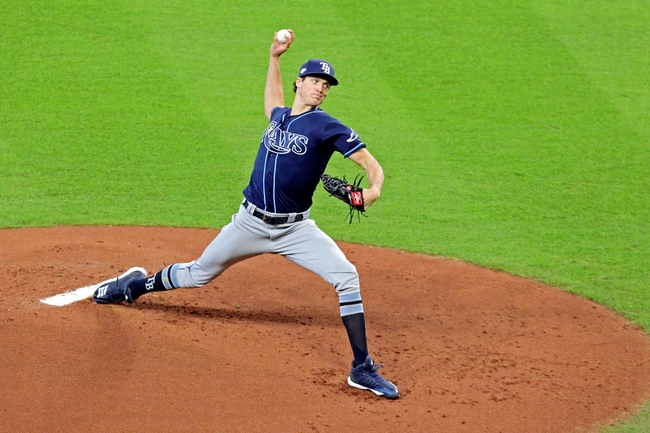 While the same pitcher has won the American League CY Young more than once, we haven’t seen a pitcher win this award back-to-back years since Pedro Martinez in 1999-20. The AL CY Young isn’t like the NL CY Young has been lately with the same two pitchers winning it over the last five years. So, you should be able to find some value and willing to take some shots based on the history.

Let’s take a look at some of the players worth betting on to win the AL CY Young in 2020.

Tyler Glasnow, +1200 - Tyler Glasnow only pitched in 12 games last year due to an arm injury, but he had an ERA of 1.78, a WHIP of 0.89 and 76 strikeouts in 60.2 innings. In 12.1 innings in the month of September, Glasnow had a 1.46 ERA, .119 allowed batting average and 21 strikeouts. Basically, Glasnow has shown he has absolutely filthy stuff and he got even better the further he removed himself from his injury. This is a really good spot to make 12 times your money.

Mike Clevinger, +1800 - Mike Clevinger has done more than enough to put himself in the CY Young conversation, as he has a .296 ERA, 1.15 WHIP and 513 strikeouts in his last three seasons or 447.2 innings. Last season, Clevinger had a 2.71 ERA and 1.05 WHIP and 169 strikeouts in 126 innings. Clevinger was 11.2 with a .230 ERA in the second half of the season. It’s only a matter of time before Clevinger starts getting some love from voters. I want to be on the bandwagon early and lock in solid odds before these prices start to drop.

Sean Manaea, +10000 - If you’re like me and don’t mind taking shots in the dark with future bets, Sean Manaea and these odds are worth a look. Manaea has battled injuries, but now that he’s healthy, he’s the top starting pitcher for a playoff team in the Oakland Athletics. Last season in a limited role, Manaea had a 1.21 ERA, a 0.77 WHIP and 30 strikeouts in 29.2 innings. If that impressive month of September is a sign of things to come, Manaea can certainly come out of nowhere and put his name in the hat.

The pick in this article is the opinion of the writer, not a Sports Chat Place site consensus.
Previous Pick
Baseball 2020 National League Cy Young - MLB Pick, Odds, and Prediction
Next Pick
Who Has the Most Doubles in MLB History?