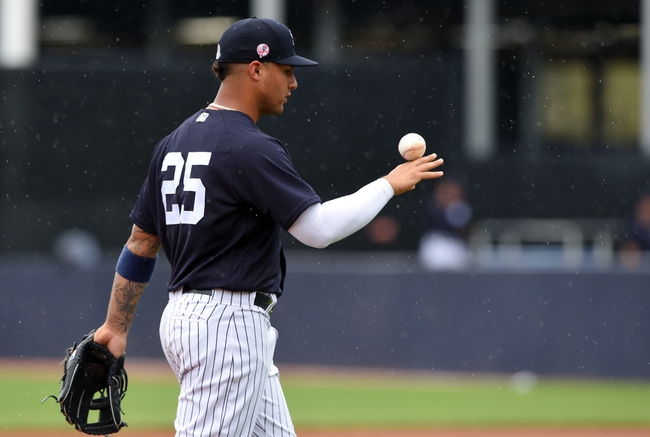 There’s some value to be had when betting to win the American League MVP, as Mike Trout is a -110 favorite for the award. That means every other player in the AL is priced at +800 or better. You have to love the possibilities in this spot heading into this MLB season.

Let’s take a look at some of the players worth betting on to win the AL MVP in 2020.

Marcus Semien, +4000 - The Oakland Athletics have become a more than respectable team in the American League and will be even better this season with healthy starting pitching. Marcus Semien has improved nearly every year he’s been in the league, and he’s coming off a season where he batted .285 and produced 33 home runs, 92 RBI and 123 runs. Semien finished third in the AL MVP race last season. He may not be a household name, but I’m not sure how anybody doesn’t find value in these odds based on how Semien’s career has played out and how great he was just last season.

Gleyber Torres, +800 - As I mentioned in my home run leader article, I want to buy stock every way I can with Gleyber Torres. The Yankees infielder is a superstar at 23 years old and is doing more with pitches on a consistent level as he gets more comfortable. Last season, Torres batted .278 while hitting 38 home runs, 90 RBI and a .535 slugging percentage. Once Torres cuts down on the high strikeout rate, he puts himself in the conversation for best player in baseball. We’re likely going to see the best season yet from Torres with a healthy Giancarlo Stanton hitting behind him, increasing the quality of pitches he sees. This is a strong, strong bet.

Jose Altuve, +5000 - Jose Altuve already has an MVP on his resume and has finished no worse than 13th in the MVP voting in five of the last six seasons. Last year was considered a down season for Altuve, and he still hit .298 with 31 home runs, 74 RBI and 89 runs scored. These odds are so massive because they’re tied to the Houston Astros cheating scandal and we know how baseball voters hold grudges, so they’ll find other players to vote for to avoid giving another MVP to Altuve. However, like it or not, Altuve is still one of the best players in the game. A chance to make 50 times my money even if it’s a long shot? I’ll take it.