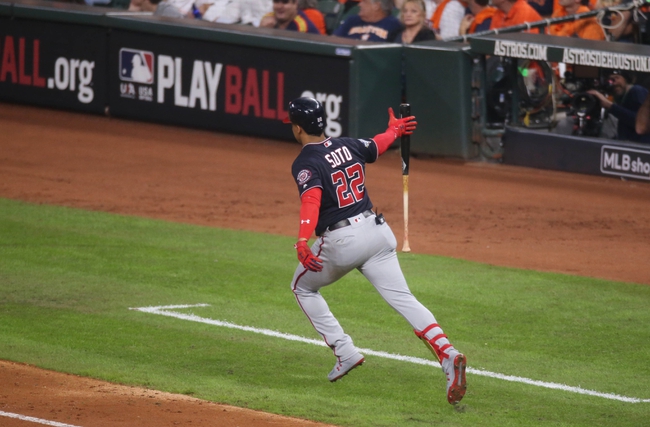 As we continue to look at props and future bets in MLB, we now turn our attention to the National League MVP. Odds start with Christian Yelich and Ronald Acuna Jr. as the favorites at +400, but you guys know I’m always chasing the bigger payout if my money is tied up for several months. Give me some dark horses who have more profit on the table.

Let’s take a look at some of the players worth betting on to win the NL MVP in 2020.

Cody Bellinger, +1000 - All Cody Bellinger does is win, as he’s been in the league three years and has won Rookie of the Year and MVP while being a two-time all-star. Bellinger is coming off his best season by far where he hit .305 while producing 47 home runs and 115 RBI. As he approaches 25 years old, we have yet to see the best from the reigning MVP. Bellinger also has a chance for even better numbers with Mookie Betts in the lineup. A chance to make 10 times our money with the guy who won this award last season. It’s tough to pass up.

Juan Soto, +900 - Juan Soto has been solid through two seasons, but it was last years playoffs where he grew up, hitting .277 in 65 at bats while hitting five home runs and 14 RBI. It’s that type of showing that can take a player to the next level, as Soto has now shined on the biggest stage possible, so the regular season should be a breeze with less pressure. Soto has gotta better each of his first two years and is now the man in the Washington Nationals lineup without Anthony Rendon around. Soto is a player to watch closely and he’ll have a say about this award if last years postseason is an indication of things to come.

Manny Machado, +3000 - If you’re looking for a real dark horse and a potential massive payout, there’s some bite to Manny Machado and these odds. The San Diego Padres are in a much better position to win this season with the additions they made and the young players who should be more comfortable to contribute. Machado should see better pitches to hit with Tommy Pham hitting in front of him, and he’s a player who should be eager for a bounce back performance himself after not living up to the hype. Just last year people were calling Machado one of the top infielders in all of baseball and a game changer for the Padres. I’ll jump on board with so many people jumping off.

The pick in this article is the opinion of the writer, not a Sports Chat Place site consensus.
Previous Pick
Which MLB Closer Recorded the Most Saves in their Career?
Next Pick
Baseball 2020 American League MVP - MLB Pick, Odds, and Prediction