Who Has the Most Doubles in MLB History? 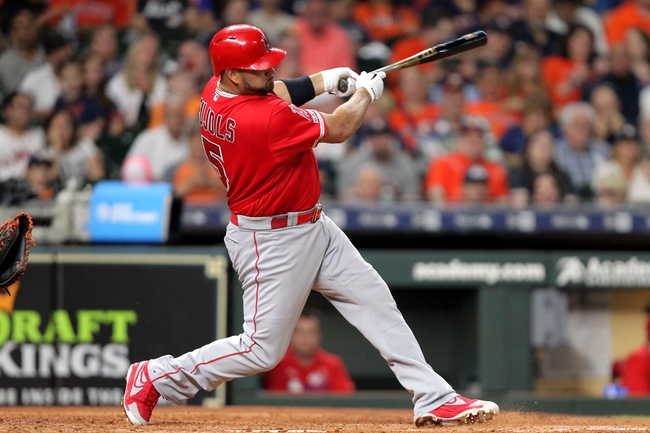 The MLB Players with the Most Career Doubles

It takes a very talented MLB player to rack up a lot of doubles during a career. Legging out those extra-base hits takes power, finesse and speed, and throughout baseball history a few special hitters have done it better than everyone else. Get Free MLB Picks and MLB Predictions for every game all season long at Sports Chat Place.

These are the MLB players with the most career doubles.

1. Tris Speaker, 792 - Since his career in the MLB spanned from 1907-28, Speaker isn’t necessarily a household name these days, but he should be. One of the greatest centerfielders in baseball history, Speaker has a load of accolades to his credit. He was a three-time World Series winner, an AL MVP (1912), an AL batting champion (1916), an AL home run leader (1912) and an AL RBI leader (1923). Speaker was inducted into the Baseball Hall of Fame in 1937.

3. Stan Musial, 725 - “Stan the Man” is an absolute legend in St. Louis, spending his entire illustrious career with the Cardinals. With a career batting average of .331, Musial was a gifted hitter, and at the time of his retirement he held NL records for career hits, RBI, at-bats, runs and games played. Musial was a 24-time All-Star, a three-time World Series champion and a seven-time NL batting champion.

7. Albert Pujols, 661 - Pujols entered the MLB in 2001 and spent 11 seasons with the Cardinals before moving to the Angels. He’s a member of the 3,000 hit club (the 32nd player to do so) and won World Series titles with St. Louis in 2006 and 2011. As of this writing, Pujols is still tearing it up in the MLB, so he’ll certainly be moving up this career doubles list.

8 Nap Lajoie, 657 - Lajoie is one of the oldest MLB players on our doubles list, so modern baseball fans may not be familiar with all his exploits. A career .339 hitter, Lajoie slapped 3,243 hits, 1,599 RBI and 82 homers during his MLB time. He was a five-time AL batting champion, a three-time RBI leader and made the Baseball Hall of Fame in 1937.

10. Honus Wagner, 643 - Wagner is one of the most epic figures in the history of the MLB, so he’s a great way to finish off the doubles list. Nearly all of his career was spent in Pittsburgh, and during 21 seasons he posted eight NL batting championships, five NL RBI titles and was NL stolen base leader five times. Wagner made the Baseball Hall of fame in 1936.

The pick in this article is the opinion of the writer, not a Sports Chat Place site consensus.
Previous Pick
Baseball 2020 American League Cy Young - MLB Pick, Odds, and Prediction
Next Pick
Who Has the Most RBIs in MLB History?