Who Has the Most RBIs in MLB History? 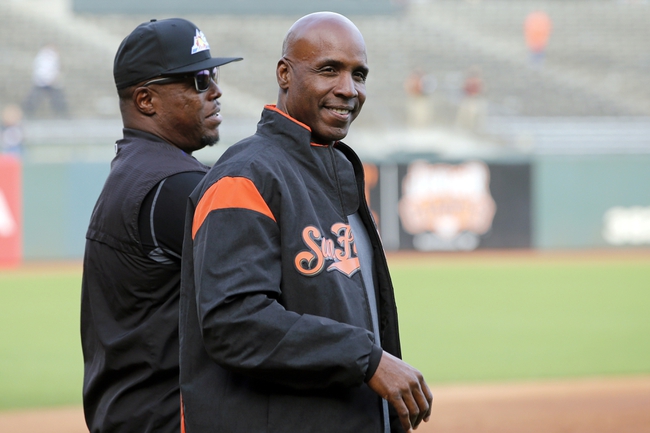 The MLB Players with the Most Career RBIs

Many legendary hitters have graced the field during the MLB’s long history, and along with all the thrilling home runs and extra-base hits to the gap come plenty of RBIs on the stat sheet. A few gifted MLB players have knocked in runs better than anyone else, and the top producers earned themselves a place in baseball lore. Get Free MLB Picks and MLB Predictions for every game all season long at Sports Chat Place.

These are the MLB players with the most career RBIs.

1. Hank Aaron, 2,297 - “Hammerin’ Hank” is synonymous with professional baseball, so he’s an excellent way to begin our career RBIs list. Aaron’s unparalleled power swing helped him rack up a ton of RBIs in his career; he would finish his playing days with 755 home runs and 3,771 hits. With 25 All-Star selections and three Gold Gloves to his credit, Aaron is one of the greatest players ever and easily made the Hall of Fame in 1982.

2. Babe Ruth, 2,214 - “The Sultan of Swat” needs no introduction either; everybody knows the Bambino. Ruth had an epic MLB career that’s still being talked about over a century later, including seven World Series wins, 12 AL home run titles, six AL RBI titles and two All-Star nods (the first two All-Star Games ever played in the MLB). Ruth’s number (3) is retired by the Yankees and he hit the Hall of Fame in 1936.

3. Alex Rodriguez, 2,086 - Though Rodriguez is something of a controversial figure in MLB lore due to his PED ties, there’s no denying his career numbers. During 22 playing seasons with the Mariners, Rangers and Yankees, Rodriguez was a 14-time All-Star, a three-time AL MVP and a 10-time Silver Slugger Award winner. He also won a World Series with the Yankees in 2009 and had four AL Hank Aaron Award wins (2001-03, 2007).

4. Albert Pujols, 2,075 - Pujols is one of the titans of modern baseball, and stormed onto the MLB scene with the Cardinals in 2001. He would go on to win two World Series (2006, 2011) in St. Louis before moving on the the Angels to continue his storied career. As of this writing, Pujols is still tearing it up in LA, so he’s got plenty of opportunity to move up the career RBIs list.

5. Barry Bonds, 1,996 - Bonds is another controversial player (again due to PED allegations), but his numbers are still there. A speedster early in his career, Bonds became the first MLB player ever to record at least 500 home runs and 500 stolen bases; a milestone that may never be equaled. Bonds would finish off his career with a .298 BA, 762 home runs, 514 steals and 2,935 hits.

6. Lou Gehrig, 1,995 - Nicknamed “The Iron Horse” due to his legendary durability and work ethic, Gehrig is a sentimental favorite for nearly every baseball fan. During his career, Gehrig won six World Series titles, had seven All-Star nods, two AL MVPs and won a Triple Crown in 1934. Gehrig played with the Yankees from 1923-39, but sadly passed away in 1941 at just 37 years of age.

7. Stan Musial, 1,951 - Musial played in the MLB for a very long time—all with the Cardinals—and was a productive hitter for that entire time so there aren’t too many baseball records lists he’s not a part of. A 24-time All-Star, Musial bagged three World Series championships, three NL MVP awards and was NL RBI leader twice. He was elected to the Baseball Hall of Fame in 1969 on his first ballot.

9. Jimmie Foxx, 1,922 - You don’t get a nickname like “The Beast” without being a stellar MLB player, and Foxx was certainly that. “Double X” played 20 seasons in the league but is perhaps best remembered for his 1936-42 stint with the Red Sox. Foxx was a nine-time All-Star, a three-time AL MVP and won the World Series twice. He made the Hall of Fame in 1951 on his seventh ballot.

10. Eddie Murray, 1,917 - “Steady Eddie” is a beloved figure in baseball lore and a great way to round out our career RBIs list. During his career, Murray racked up eight All-Star selections, an AL Rookie of the Year, three Gold Glove Awards and a World Series win in 1983. He made the Hall of Fame in 2003 on his first ballot.