Who Has the Most Triples in MLB History? 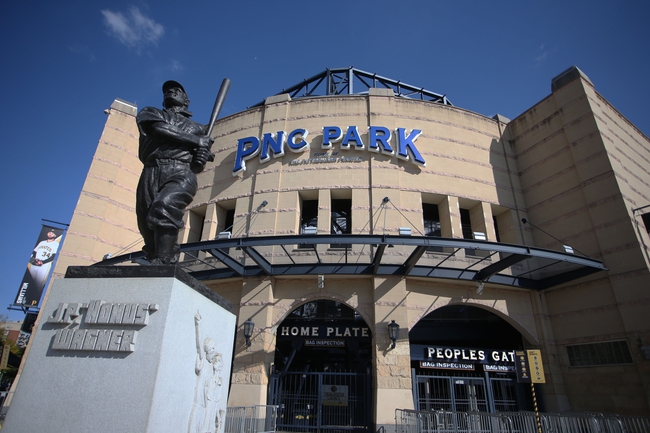 The MLB Players with the Most Career Triples

Although overshadowed by the flashier home run, triples in the MLB are one of the most difficult stats to accumulate over the course of a career. Hitting triples has become something of a lost art in modern baseball, as most of the all-time leaders in this category--who were all elected to the Baseball Hall of Fame--come from the famed dead-ball era of the game. Get Free MLB Picks and MLB Predictions for every game all season long at Sports Chat Place.

These are the MLB players with the most career triples.

3. Honus Wagner, 252, (1897-1917) - In addition to being a legendary Hall-of-Fame player, Wagner has the distinction of appearing on one of the rarest and most valuable baseball cards in history. Arguably the greatest shortstop ever, Wagner racked up some impressive stats during his career, including eight NL batting titles, a .329 BA, 3,430 hits and 1,732 RBIs. His number (33) was retired by the Pittsburgh Pirates.

4. Jake Beckley, 243 (1888-1907) - “Eagle Eye” Beckley began his career in Pittsburgh before moving on to New York, Cincinnati and St. Louis, racking up triples at every stop. He carried a batting average of over .300 in 13 different seasons and recorded 23,767 putouts during his time on the field. Though well-deserved, it took Beckley a while to get into the Baseball Hall of Fame; he was elected by the Veterans Committee in 1971.

5. Roger Connor, 233 (1880-97) - Connor holds the distinction of being the second-oldest player on our career MLB triples list, and he held the title of all-time home run champion until his mark was broken by the great Babe Ruth. Connor’s career accolades include two National League championships, an NL batting championship and an NL RBI title. He was elected to the Hall of Fame in 1976.

6. Tris Speaker, 222 (1907-28) - Speaker’s name is mentioned with reverence among baseball aficionados; he’s one of the greatest centerfielders the game has ever seen. “The Gray Eagle” carried a career BA of .345 while racking up 3,514 hits, 1,529 RBIs and 792 doubles. Speaker was a three-time World Series champion, an AL MVP, an AL batting champion and an AL home run leader. He’s in the national Hall of Fame as well as the team Halls for the Red Sox and Indians.

8. Dan Brouthers, 205 (1879-1904) - Brouthers’ MLB debut in 1879 makes him the oldest player on our triples list by one season. He was perhaps the first noteworthy power hitter in baseball history, and held the record for career home runs for two years (106). During a journeyman MLB career, Brouthers posted 1,296 RBIs, 2,296 hits, four NL batting championships and a .342 BA. He was elected to the Hall of Fame by the Veterans Committee in 1945.

10. Paul Waner, 191 (1926-1945) - We’ll finish off our MLB career triples list with another name that’s perhaps not so well-known among casual fans in Waner. Though he probably doesn’t get the recognition he deserves, there’s no denying his Hall-of-Fame stats: a .333 career BA, 3,152 hits, 1,309 RBIs, four All-Star selections and three NL batting championships. Waner’s number (11) is retired by the Pittsburgh Pirates.