Who Has the Highest Batting Average in MLB History? 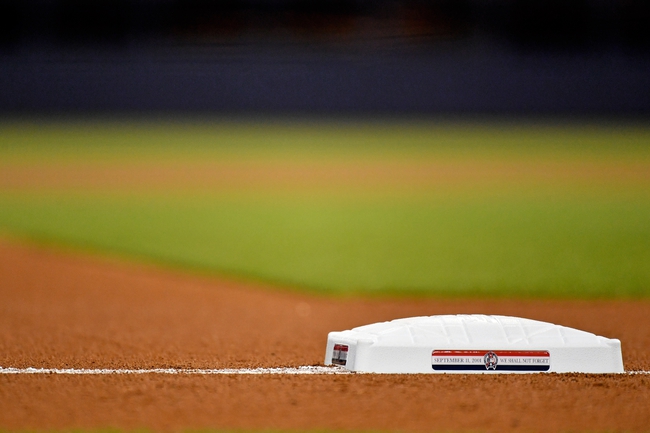 The MLB Players with the Highest Career Batting Averages

An MLB player’s career batting average gives a pretty honest and simple measure of his overall success at the plate. In a league where an average player fails three out of four times, the guys with the higher BAs stick out even more, highlighting their raw talents for the game of baseball. Get Free MLB Picks and MLB Predictions for every game all season long at Sports Chat Place.

These are the MLB players with the highest career batting averages.

1. Ty Cobb, .3664 - Cobb’s name is synonymous with baseball, so it’s only fitting to kick off the career batting average list with one of the all-time greats. Cobb played from 1905-1928 and he still holds records over a century later. Among his many career accomplishments are an AL MVP (1911), a Triple Crown (1909) and 12 batting championships. Cobb was one of the first players elected to the Baseball Hall of Fame.

3. Shoeless Joe Jackson, .3558 - Few baseball names conjure up such imagery as Shoeless Joe, and though he was a member of the famous “Black Sox” World Series scandal in 1919, Jackson is best remembered as a stellar player. In a relatively short MLB career that spanned from 1908-1920, he racked up 1,772 hits, 54 home runs and 785 RBIs. Jackson won the World Series in 1917 with the White Sox.

4. Lefty O’Doul, .3493 - O’Doul probably isn’t a familiar name for most people, but he’s still a very influential baseball figure. He played in the MLB from 1919-1934, winning two batting championships, a World Series and an All-Star selection in 1933. O’Doul moved back to the Pacific Coast League after his MLB days, and became the most successful manager in the history of the league.

5. Ed Delahanty, .3458 - Delahanty is one of the really old-timers on our batting average list; he made his MLB debut in 1888 and played until 1903. During his playing days he collected two NL batting championships, three NL RBI titles and once hit four homers in an 1896 game. Delahanty died tragically in 1903 at age 35 when he fell into the Niagara River and was swept over the falls.

6. Tris Speaker, .3447 - Speaker is a legend in both Boston and Cleveland, as he played for both cities during his MLB career (as well as Washington and Philadelphia), and managed the Indians from 1919-1926. His career highlights include three World Series titles, an AL MVP and an AL batting championship. Speaker set records for career doubles (792) and career outfield assists (499) as well.

7. Billy Hamilton, .3444 - Hamilton is another 19th-century MLB ballplayer on our career batting average list, so his name might not be familiar to casual fans. He had a great career from 1888-1901, earning two NL batting championships and five NL stolen base titles. Hamilton was elected to the Hall of Fame by the Veterans Committee in 1961.

7. Ted Williams, .3444 - Perhaps no baseball player’s swing has been studied as much as Williams’ has. During a career from 1939-1972 (mostly in Boston), Williams was a 19-time All-Star, a two-time AL MVP, a two-time Triple Crown winner and a six-time AL batting champion. Williams set a record with a .482 career on-base percentage and was elected to the Hall of Fame in 1966.

9. Dan Brouthers, .3424 - Brouthers is the oldest MLB player on our career batting average list; he began his career way back in 1879 with the Troy Trojans and played until 1904. He was a four-time NL batting champion, a two-time NL home run leader and a two-time NL RBI leader. Brouthers made the National Baseball Hall of Fame in 1945.

10. Babe Ruth, .3421 - Ruth needs no introduction, so he’s a great way to finish off our list. “The Babe” had one of the most legendary MLB careers of all time, winning seven World Series titles, an AL MVP and 12 AL home run titles. Ruth was also a great pitcher in his early career, leading the AL in ERA during the 1916 season.

The pick in this article is the opinion of the writer, not a Sports Chat Place site consensus.
Previous Pick
Who Scored the Most Runs in MLB History?
Next Pick
Hanwha Eagles vs. Samsung Lions - 4/25/20 KBO Pick, Odds, and Prediction