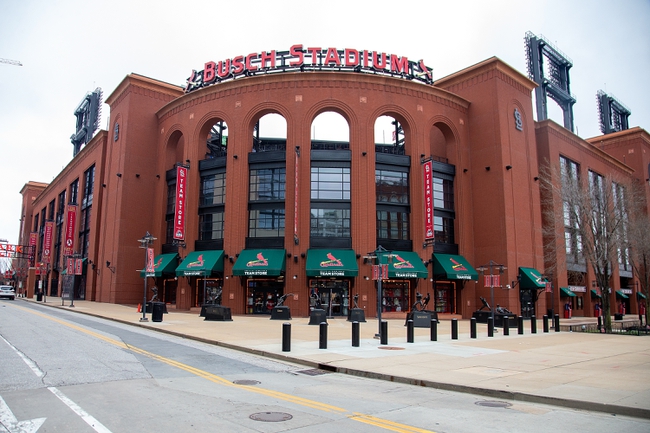 A Look Around the MLB Stadiums

With Opening Day at a stand still, let us take a look and see which MLB stadiums are a great place to take in a ball game.  Everyone has their own opinion on their stadium list, but as being someone that has been to nearly all MLB stadiums, I’m here to give you my top 10.  Side note, the handful of stadiums that I have not been to, are not eye popping stadiums anyway, except for the two I slotted at number 10. If you or your family are trying to start a stadium trip, hopefully the glimpse into these stadiums will help. Get Free MLB Picks and MLB Predictions all season long for every game at Sports Chat Place

Okay, so I haven’t been to either of these stadiums, however, it seemed unfair to not give these two stadiums a top 10 spot.  The reason these two are not higher is because I have not been there. Both stadiums have a great layout and have a nice backdrop behind the stadiums.  I have always wanted to take in a game in San Francisco with McCovey Cove in the background. However, it just hasn’t worked out with the schedule. Target Field is a new stadium that I haven’t been to, but one can tell it is night and day compared to the Hubert H. Humphrey Dome where the Twins played previously.   I've been to the Humphrey Dome and it is exactly what it looked like, a boring atmosphere. The city did a nice job building the Twins a top notch stadium. Both these stadiums could easily be higher in the top 10, but since I haven’t been there and had a chance to see all the other amenities, they sit at number 10.

Chase Field, home of the Diamondbacks, is a nice spot to watch a game, especially with as hot as it can get in Phoenix, AZ.  The stadium offers a nice spot called the Solar Pavilion where the fans can hangout in the shade and socialize while indulging in some beverages.  The staff was quick and efficient in getting fans into the stadium. The Scottsdale, AZ as a whole has some of the best craft beers that I have had and they were sold at Chase Field. There was a wide range of craft beer and the staff was friendly.  All in all the stadium has a nice layout, with a welcoming swimming pool in right field. There is a retractable roof and air conditioning for when the heat is unbearable. We sat next to season ticket holders when we were there and they were very friendly. My dad collects a souvenir cup and I snag a pennant at each stadium we go to.  However, Chase Field did not have a pennant being sold anywhere. Chase Field lost a spot due to that, but still a great place to take a ball game in. Side note: Craft 64 is a great pizza/brewery to stop at while in the area.

Miller Park, home to the Brewers, is an above average place to see a game.  Miller Park is not high on many lists for stadiums, but I am not sure why. The Milwaukee stadium offers great seating in more than a few sections.  Having been to Miller Park a couple times, the stadium has grown on me. TGI Fridays which will be renamed, offers a cool experience. The restaurant area offers front row seating in left field.  I have sat at TGI Fridays for a ballgame when my friends and I went to a weekend series there and the staff said you could sit there as long as you wanted if the group kept buying food/drinks. I have also sat on the first base side with my dad.  This area gives the fans a cool experience seeing Bernie take a ride down the slide after a Brewers home run. The stadium was clean and being able to sit in the front row while enjoying a meal and socializing with friends without being in regular seats is first to none.

Citi Field, home of the Mets, offers a different taste than other stadiums.  When at the Mets game, it really does give you the “city feel”, as airplanes were flying past the stadium constantly.  One of the entrances has a dedication to Jackie Robinson. The display dedicated to Mr. Robinson is pretty neat. Let us not forget the “Big Apple” behind the centerfield wall.  The stadium itself was clean and parking is just a short walk to the stadium. Overall the stadium has a nice layout.

Kauffman Stadium, home to the Royals, has been around for more than a few years, but is still in great condition.  Having been to this stadium a couple times, the night games offer a better setting. The fountains that stretch from left center to right center are more noticeable at night due to the fountains being lit up in different colors.  There really isn’t a bad seat in this stadium.

Minute Maid Park, home to the Astros, is a top 10 stadium now after the removal of the ridiculous hill and flag pole that was in play in centerfield.  However, when we went to this one of a kind stadium, the Stros were one of the worst in baseball. Walking into the stadium was like a library, you could hear a pin drop. It was so quiet.  Minute Maid offers a unique attraction that other stadiums can’t offer.  When the Astros hit a home run, you can see the train at the top of the left field wall carrying oranges get put into action.  When the roof is open, this stadium offers a nice view of parts of the city from left field stretching to center field. The staff here was the friendliest out of all the stadiums.

Fenway Park, home to the Red Sox, sits in a beautiful neighborhood.  The game that my dad and I attended happened to be the same game where Pedro Martinez's number was retired.  Being there for such a special occasion matched up perfectly for a special stadium. With the Green Monster and the stadium still using the manual scoreboard, this stadium shows just the history that has taken place here over the 100 years of existence.  The ability to walk from section to section isn’t great, but you have to look past that, due to the history. The Boston fans and staff were friendly to us out of towner's.

Busch Stadium, home to the Cardinals, has one of the best skylines in all of baseball. Having been to Busch Stadium more than a few times, seeing the Arch in the background never gets old.  The grounds crew has also mowed the “Arch” into the outfield stretching from the left field line to the right field line. The fans are arguably the best in baseball and have always been friendly. There is a metro link that drops you off right outside of the stadium, in case you don’t want to hassle with the parking.  Up in right field, the stadium offers $5 beers before first pitch. If you are in town with friends, Ballpark Village is a great place to hangout before or after the game, as there are multiple bars and restaurants to choose from. However, try to avoid day games during the summer if you do not like humidity. Busch Stadium is a great place to watch a game.

PNC Park, home to the Pirates, has the best skyline in baseball.  This is a must for fans to see, as the skyline is hands down the best.  You cannot only see the city in the background, but you can see the Allegheny River and the yellow bridges that stretch across the river.  The bridge closest to the stadium is named after the great Roberto Clemente. The Clemente bridge is closed before and after the game, so the fans can walk across to get to and from the stadium.  The stadium was very clean and the staff was friendly. The skyline itself puts this stadium at number 1 and should be number 1 on most everyone’s list.

Wildest experience at a stadium?  Going to a game in a dome, you would think there should not be a delay.  Well, during a game at Tropicana Field, it was a stormy day in Tampa Bay….and yes, the power went out.  The power went out for who knows how long, so that was definitely a wild experience.