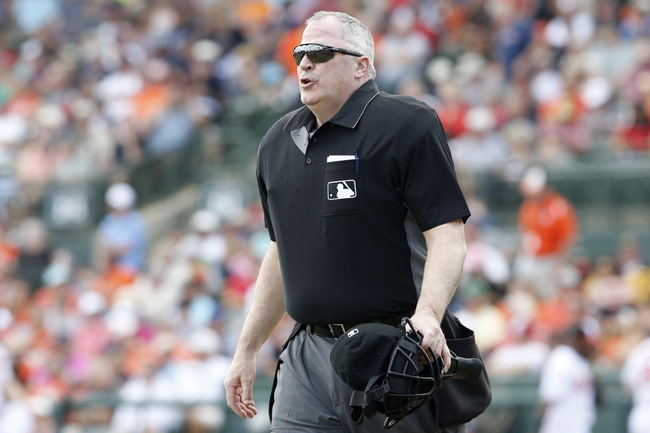 Here’s your daily roundup of all the MLB news that will affect the potential 2020 season. Today we’re continuing to sift through all the tidbits concerning the current labor fight and proposed schedules, so let’s check out the latest MLB updates. Get Free MLB Picks and MLB Predictions for every game all season long at Sports Chat Place.

MLB 2020 Season Updates - With the three other major American sports leagues already having their returns to the field, court and rink pretty well laid out, baseball has been mired in an ugly labor dispute between the players and owners. Over the past few weeks there have been several proposals for a 2020 season passed between the two parties, but neither side has seemed all that close to the other. Will there be a baseball season? Well, that depends on who you ask, but the prevailing sentiment seems to be “probably.”

MLB commissioner Rob Manfred said last week that the chances of a season were “100%” and he’s the only guy with the unilateral power to make that happen. With the deal that’s currently in place, Manfred does have the ability to implement a schedule for 2020 (probably somewhere around 50 games and prorated salaries) if the two sides can’t come to a solution.

The league’s latest proposal to the players wasn’t even countered, and MLBPA executive director Tony Clark even went so far as to say, “Tell us when and where” and put a deadline of today for the MLB to come back with an answer.

Long story short, if we’re going to get baseball in 2020, the league needs to move very quickly to outline it. Quickly, as in this week. Stay tuned on this one, we’ll add more info in the daily updates as the MLB issues their response.

MLB Scouting Activities Resume - With all the anxiety and bitterness of the will they/won’t they season negotiations between the league and the players, it’s good to see a bit of positive news that things are getting back to normal. We got that positive news Monday, as the MLB informed teams that they are allowed to resume scouting activities. Clubs have been at a standstill in evaluating talent since a March 19 ban was instituted.

There’s still a limit of three scouts per MLB team at each event, but with amateur baseball tournaments getting underway around the country as of a few weeks ago, this marks the first chance to formally scout much of the 2021 draft class. Wednesday in Alabama, the Perfect Game National showcase gets underway and will feature hundreds of prep prospects who could turn out to have great MLB careers.

MLB Deal with TBS - We got some more pretty positive news for baseball over the weekend, when reports emerged that the league was nearing a hefty new broadcast rights deal with Turner Sports. The deal is said to be in the $470 million yearly range and should line up with the $5.1 billion extension by FOX in 2018. The TV money will be a crutch the MLB can lean on as they try to figure out how to get fans back in the stadiums (let alone figure out a schedule), but where there's more money there's more disagreement, so we could hear bickering about this for a long time to come.

The pick in this article is the opinion of the writer, not a Sports Chat Place site consensus.
Previous Pick
Which MLB Player Had The Most At-Bats During their Career?
Next Pick
Samsung Lions vs. Doosan Bears - 6/16/20 KBO Baseball Pick, Odds, and Prediction