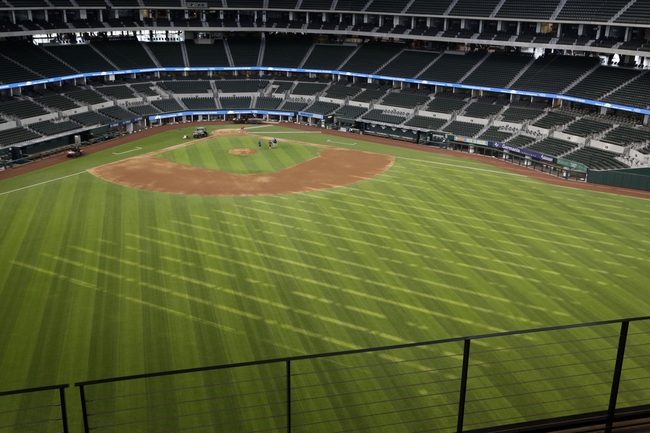 Here’s your daily roundup of all the latest MLB news that's affecting the 2020 season (if it even happens). Today we’re jumping back into the ongoing negotiations and virus protocol news, so let’s check out the latest MLB updates. Get Free MLB Picks and MLB Predictions for every game all season long at Sports Chat Place.

Spring Training Facilities Closing - Here’s a pretty significant situation that’s continuing to develop amid the league and players’ attempts to negotiate a 2020 season. On Thursday, the Blue Jays shut down their spring training facility in Dunedin, Florida after a pitcher exhibited symptoms of the coronavirus. The unnamed pitcher had recently been around players in the Phillies’ minor league system, which apparently resulted in positive tests. Philadelphia suffered a virus outbreak at their spring training facility in Clearwater, Florida; five players and three personnel members tested positive for COVID-19.

The fallout from this could be pretty significant. According to a report that surfaced early Saturday, all Major League Baseball training camps will temporarily close due to the outbreak, and the spring training facilities in Florida and Arizona will be deep-cleaned. Players will need to test negative for coronavirus before they can return to baseball activities. As of now, the Phillies, Blue Jays, Giants and Rangers have all shut down their facilities and other MLB teams are expected to follow suit.

There have been sporadic reports of players and personnel around the league testing positive; the Astros, Angels and Nationals have all announced infections within their franchises. That said, it’s almost to be expected at this point with states opening back up and life slowly getting back to normal. Doesn’t bode well for professional baseball in 2020, though.

Ties in Baseball? - The tense negotiations between the league and the players’ union on determining a format for the 2020 season added a rather strange facet this weekend, as reports emerged that the two sides have agreed to talk further about calling games ties after a set number of extra innings. The extra innings will also begin with a runner on second base, an idea that’s been toyed with in the minor leagues.

This is sure to send baseball purists (and many other casual fans) into a tizzy, but the thinking is that there would be little benefit in extending players’ contact with each other by continuing to add innings. It seems the league wants the games to go as quickly as possible. Whether or not it will work, or even be agreed upon, or even if we’ll have a season at all, remains to be seen, but we’ll keep you posted in the daily updates.

MLB 2020 Season Negotiations Latest - It’s almost impossible to summarize the hectic streak of back-and-forth negotiations the league and union have engaged in over the last several weeks, but here’s what it comes down to: the owners have drawn the proverbial “line in the sand” at no more than 60 games. The players are expected to vote on the league’s latest proposal (60 games and expanded playoffs) today, so we should have some pretty significant things to talk about this coming week. Stay tuned.