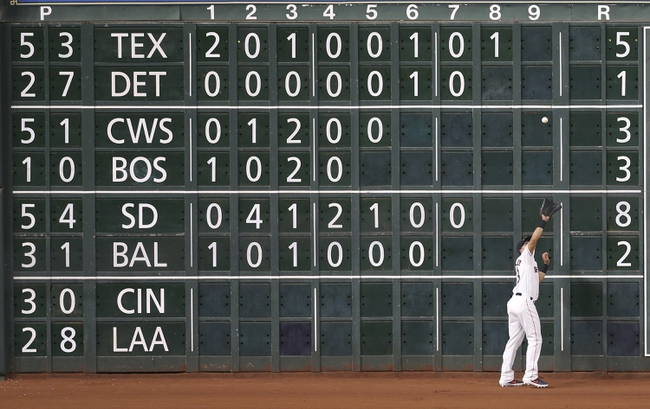 Here’s your daily roundup of all the latest MLB news that will affect the potential 2020 season. Today we’re visiting the ongoing negotiations between the league and players as well as new virus information, so let’s check out the latest MLB updates. Check back all season long for free MLB picks and MLB predictions at Sports Chat Place.

MLB Virus Latest - Things aren’t boding well for MLB activity in 2020. In addition to the embarrassing back-and-forth negotiations between the league and the players (which we’ll explore further in a moment), there’s also another potential issue rising in professional baseball right now. A whopping 40 MLB players and team staff members have tested positive for the coronavirus in the past week, which could potentially pump the brakes on the league’s opening plans—plans that haven’t really gone anywhere in the first place.

It’s unknown exactly what the infection split is between players and staff in those 40 individuals, but that’s a pretty big number regardless. The MLB has already closed all of its spring training sites following positive tests from a number of players, so it’s going to be tricky getting everyone into game form in such a short time—if the league even holds a season.

MLB 2020 Season Latest - The “same ol’ story” theme has played out perfectly in the MLB’s season negotiations thus far. The league and the MLBPA have been going back and forth since March, proposing and counter-proposing season setups and compensation. Long story short, the two sides are still divided with very little time left to make decisions.

As of right now, here’s the status of the negotiations. There’s currently a proposal from the owners on the table that features 60 games and expanded playoffs. The union’s vote on that deal is still pending, and the spike in virus cases over the last week certainly won’t help. The two sides are at odds over season length (there’s a 10-game difference separating the parties’ latest respective proposals) and compensation. They’re tantalizingly close, but still quite far away. The feeling is that the union won’t approve this offer, but at this point it’s anyone’s guess. Realistically, 50-60 games is probably all we're going to get, and every passing day chips a few more potential dates off the calendar.

What’s Next for MLB? - If this current proposal passes—or if we somehow get a smooth resolution with some quick tweaks—the players would still have to sign off on health and safety protocols. In theory that shouldn’t take long once the financials are ironed out. Once everybody’s happy we could likely see “spring” training beginning within a week. All MLB teams (except for Toronto) would likely then train in their home cities. Camps would be around three weeks, and the season would begin in late July. The league is still toying with the "bubble" idea implemented by the NBA and NHL, too.

That said, if the union doesn’t pass the agreement we’re back to the drawing board and in serious danger of missing the entire 2020 MLB season. Stay tuned; we’ll keep you posted in the daily updates.