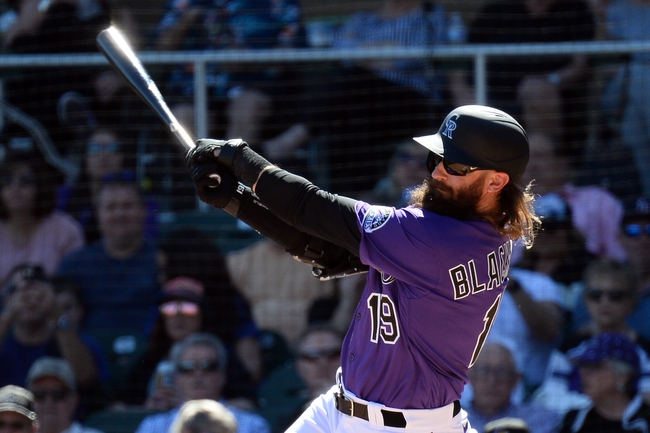 Here’s your daily roundup of all the MLB news that’s affecting the planned 2020 season. Today we’re continuing to examine the league’s structure for baseball this year, so let’s jump right in and visit the latest MLB updates. Check back all season long for free MLB picks and MLB predictions at Sports Chat Place.

MLB 2020 Season Latest - After almost three months of mind-numbing back-and-forth bickering, and with almost no time left to spare, the MLBPA and the league agreed to a deal this week on the 2020 season, so it’s time to start getting (cautiously) optimistic about seeing baseball this year. Let’s take a closer look at some of the key dates and elements of the setup.

The next big part of the schedule will be training camps, and players are expected to start reporting for those next week. Camps will be held in each team’s home city to minimize travel and potential virus exposure. If all goes according to plan—and there are no major setbacks as far as health and safety—Opening Day this year would be either July 23 or 24 around the league.

As for the season itself, the league has implemented a 60-game schedule that will run through September 27. Despite some talk about an expanded playoff field of 16 teams, the MLB will be sticking with the same 10-team playoff structure that’s now been in place for a while: three division winners and two Wild Cards in each league.

The actual schedules for each team are still being worked out, and that may take a little time. What we do know is that the teams will be remaining in their respective geographic regions to play games. That means lots of matchups featuring NL East/ AL East, NL West/AL West, et cetera in addition to the normal heavy dose of division games. Players will get their full prorated salaries for the 60-game season, which translates to 37 percent of a normal 162-game campaign. Rosters will be expanded to 30 active players to begin the regular season; that number will tick down to 28 after two weeks, and 26 two more weeks after that. There will be no minor league season however, so developing prospects this year is something teams will have to figure out.

There are a couple of other oddball provisions in here as well. The designated hitter will be universal this year, as the league attempts to minimize the chances of pitcher injuries. In 2021 the DH will revert to its normal American League form, but since that’s the final year of the current collective bargaining agreement we could see the DH creep into both leagues in 2022.

There’s also an August 31 trade deadline, and there will be runners placed on second base at the start of extra innings to speed up game resolutions. (That noise you hear is the collective frustrated groan of us longtime baseball fans.)

One major downside here is that fans will not be allowed to attend games in the 2020 MLB season; we’ll have to settle for TV and streaming broadcasts.

Charlie Blackmon Positive Virus Test - One other quick item to check in on today (and we’ll have to revisit this often as players get back into action). Rockies All-Star outfielder Charlie Blackmon and two other unnamed MLB players have tested positive for coronavirus, according to multiple reports.

This is sure to be the first of many positive virus tests, so it’s not really a surprise outside of knowing a specific name. We’ll keep you posted as to how the league continues to handle the health/safety guidelines there.