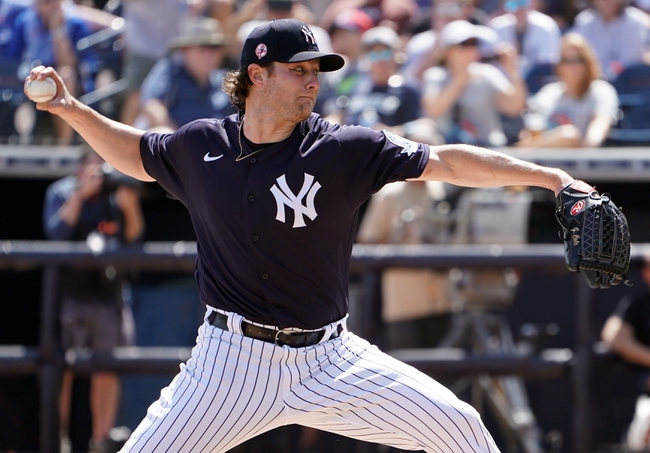 Here’s your daily roundup of all the current MLB news that's affecting the planned 2020 season. Today we’re visiting with a few storylines from around the league and checking in on some player notes in the latest MLB updates. Check back all season long for free MLB picks and MLB predictions at Sports Chat Place.

Higashioka Offers Insight - There’s a great news piece floating around out there this morning, told from the perspective of Yankees catcher Kyle Higashioka, and it offers an interesting point of view on the MLB season. In the story, Higashioka described his daily routine in getting back to work as a player. This week is an important one, as he and the Yankees will begin their “summer training” on Wednesday, as will other teams around the league.

Higashioka also described his personal feelings during the contentious negotiations between the MLB and the players’ union, saying he tried to remain optimistic but was very nervous during “crunch time” just before the deal was reached. Higashioka went on to elaborate on the odd new rules the MLB will have to navigate this year, but was happy just to be playing baseball again. That should be reassuring for the fans during what’s been a tumultuous summer; when it comes down to it, players simply want to play, and we want to watch them.

MLB Opening Day 2020 - Now that we’re (guardedly) awaiting the official start of the 2020 MLB season, we can start thinking about schedules. No full setup has officially been released yet, but there are reports out there of a planned Opening-Day matchup between the Yankees and the Nationals.

Provided the league doesn’t hit any snags between now and the start of the season (and that’s a very potent contingency), that Opening Day game sounds pretty great. It would potentially be Max Scherzer vs. Gerrit Cole, and two of the league’s best teams facing off in DC. Realistically speaking however, we probably won’t see official confirmation on a concrete schedule for a while longer. The MLB is trying to take its time here in an effort to consider health and safety protocols, and doesn't want to make any missteps.

2020 MLB Schedule - While we’re on the subject of the 2020 schedule, let’s examine a few details we do know about it. It’s going to be heavy on divisional games, and will feature lots of matchups between teams in the same geographic regions.

For any particular MLB team, there will be 10 games apiece versus each of the other four teams; that’s 40 games. For the other 20 games in this 60-game season, each team will play interleague games against squads in relatively close cities. For example, we’re likely going to get plenty of AL East/NL East matchups, AL Central/NL Central, etc. It does set the stage for some fun localized rivalry games: Mets-Yankees, Cubs-White Sox and the like.

That said, we can only speculate at this point as we wait on the official schedule. We’ll keep you notified in the daily updates until then.