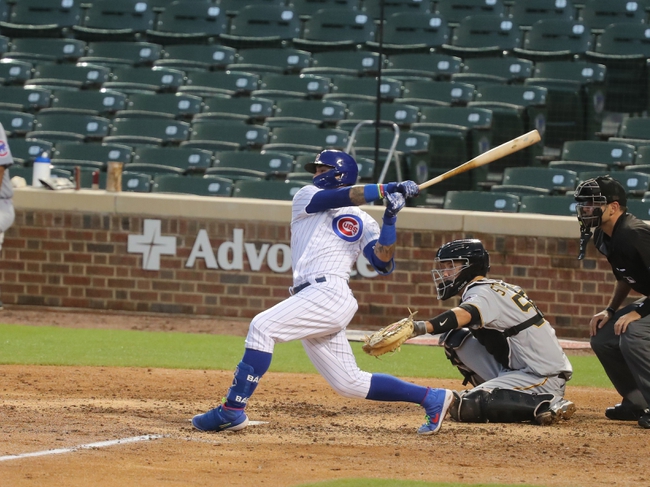 TV: MLB.TV Stream the MLB Game of the Day all season on ESPN+. Sign up now!

Parlays aren’t a good thing to count on to build your bankroll, but throwing a few dollars here and there can be a lot of fun. There is also a chance for big paydays if you can hit on the right MLB parlays. Let’s take a look at two parlays that make a whole lot of sense for Monday.

A lot of times parlays are about hitting it big, and throwing some underdogs together can really help the payout.

The Padres send out Chris Paddack to the mound and he has looked really good so far this season. After pitching a shutout in six innings in his first start of the season, Paddack only gave up two runs in five innings in his second start. Walker Buehler didn’t look good in his fist start and the Padres should be able to get after him in this game.

There is no doubt Luis Castillo is good, but he might actually be the worse pitcher on the mound in this one. Zach Plesac will get the start for the Cleveland Indians .and in his first start against the Chicago White Sox he went eight innings giving up only three hits and zero runs. The Indians offense hasn’t been great, but they will score enough to come away with the victory at plus money.

The Mets send Jacob deGrom to the mall, and this is a Mets team that has never given him much run support. Mike Soroka will get the start for the Braves and in his start against the Mets earlier this year, he went six innings giving up four hits and zero runs.

The Chicago Cubs get to face the Kansas City Royals, and getting them in a parlay opens up some value. Danny Duffy will get the start for the Royals and he went five innings in his last start giving up four runs against the Detroit Tigers.

The Colorado Rockies and San Francisco Giants are going to run up the score in this game. Chi Chi Gonzalez has to feel fortunate to still be getting starts for this team. Last season, Gonzalez had a 2-6 record and an ERA of 5.29. Johnny Cueto will get the start for the Giants and in his last start, he went 3.2 innings giving up four runs. At high altitude, there are going to be plenty of runs scored.

The pick in this article is the opinion of the writer, not a Sports Chat Place site consensus.
Previous Pick
MLB News: Update for 7/3/20
Next Pick
Hanwha Eagles vs. Doosan Bears - 7/4/20 KBO Baseball Pick, Odds, and Prediction