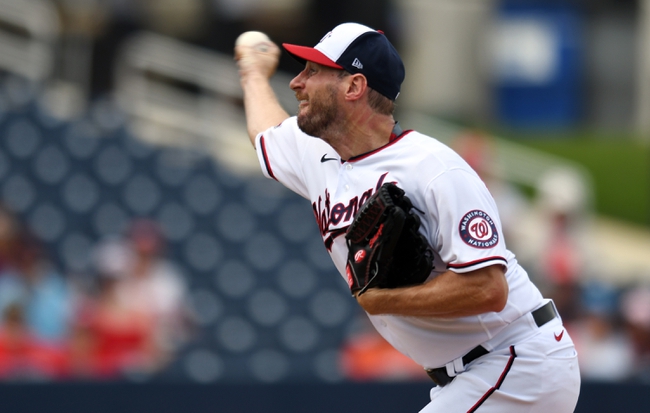 Here’s your daily roundup of all the MLB news that’s affecting the planned 2020 season. Today we’ve got more player notes and news from around the league, so let’s jump right in with the latest MLB updates. Check back all season long for free MLB picks and MLB predictions at Sports Chat Place.

Secret MLB Games? - Here’s an interesting item that’s sure to earn some headlines over the holiday weekend. There’s a report floating around this morning that claims some MLB players (some very well-known ones, in fact) played baseball secretly during the shutdown stretching from March to July. These games reportedly went down in the Palm Beach area of Florida.

This storyline certainly contains some questionable optics, but the players reportedly did attempt to reduce virus transmission with their own rules, including no sliding and a focus on social distancing. For the record, none of the players involved in this story has produced a positive coronavirus test, but with no exact when/where information on testing it’s hard to draw any concrete conclusions here.

In all honesty it’s pretty amazing that the players involved managed to keep these games quiet and resist the temptation of posting to social media about it. We’re sure to get more details here as the story develops, so stay tuned in the daily updates.

Fewer than 60 Games this Year? - MLB commissioner Rob Manfred gave an interview yesterday in which he clarified comments made earlier in the week. Manfred said that all throughout the recent negotiations with the players’ union, there was no way the league was going to play more than 60 games “no matter how the negotiations with the players went.”

Manfred probably has a point in that an 82-game season (which would have begun this week) would have put players in virus “hot zones” during spikes. He went on to say that the MLB would be “lucky” to pull off a 60-game season.

The league is continuing to feel things out, so it really wouldn’t be surprising to see some cancellations along the way due to coronavirus outbreaks in certain areas. Rest assured, it’s going to be quite a mess here and there, so the possibility of less (or even no) baseball in 2020 is very much still on the table.

MLB Virus Testing Results News - With teams and players getting back to their facilities to start “summer training” this week, there have been some questions as far as testing frequency and data. Some of that information is beginning to come into focus, and we could get an idea of the results as early as today.

The MLB’s intent is to release a broad overview of virus testing data on a regular basis. That data will include positive tests versus total tests, much like the NHL and NBA have begun doing themselves. Our first dose of that information should come very soon, so we’ll keep you posted when it’s released.

The pick in this article is the opinion of the writer, not a Sports Chat Place site consensus.
Previous Pick
Hanwha Eagles vs. Doosan Bears - 7/3/20 KBO Baseball Pick, Odds, and Prediction
Next Pick
Best Parlay Bets MLB Baseball - 8/3/20 Picks, Odd, and Prediction