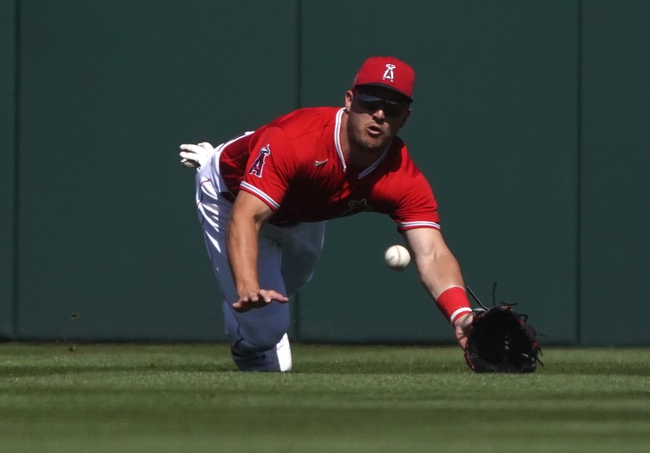 Here’s your daily roundup of all the current MLB news that’s affecting the planned 2020 season. Today we’re checking out a few players and storylines from around the league, so let’s jump right in with the latest MLB updates. Check back all season long for free MLB picks and MLB predictions at Sports Chat Place.

Will Mike Trout Play? - Angels star Mike Trout made some interesting comments this week about his state of mind as the MLB attempts to cobble a 2020 season together. During an interview, Trout talked about his family situation and pregnant wife, expressing doubt about whether or not he should play this year at all.

When speaking about returning to play, Trout said “I still don’t feel comfortable with the baby coming” and noted that he will have to be very cautious for the next few weeks so that he doesn’t spread the virus to his wife and unborn child.

Trout’s concerns are valid, and likely shared by a wide selection of MLB players. Guys like Kris Bryant and Gerrit Cole who have young babies at home will have an added layer of considerations to think about when deciding if they’ll play this season. The quintet of Mike Leake, Ryan Zimmerman, Joe Ross, Ian Desmond and Wellington Castillo have already opted out of the 2020 MLB season for various reasons, and we’re likely to see that list grow very soon.

MLB Virus Testing Results - The first round of MLB virus testing has been completed, and the results are in. They look pretty good as well, actually.

According to league numbers, 31 players and staff members tested positive out of 3,185 total tests. That’s a 1.2% positive rate, and it seems no previously identified cases were included in that total. However, 19 of 30 teams had at least one positive test, which accentuates how widespread an infection could become if teams and players aren’t diligent about testing and staying safe.

The MLB is entering uncharted waters here, but contingency plans have been made for potential positive virus tests. A COVID-19 related injury list will be in effect this season with no specific minimum days, and the rosters will be expanded to allow for swapping out positive-testing players on game day.

Still, it’s good news on a first step, all things considered. This low infection rate on the first test is promising, and if everyone follows the guidelines there’s light at the end of the proverbial tunnel on a 2020 MLB season actually happening.

All-Star Game Officially Cancelled - We pretty much knew this already, but the MLB made it official on Friday. The 2020 All-Star Game—originally scheduled for Dodger Stadium—has been cancelled. The 2021 All-Star Game will be held in Atlanta, and Los Angeles will be able to host the festivities in 2022. LA has previously hosted the Midsummer Classic at Dodger Stadium just once, a 1980 game won 4-2 by the National League.

This is the first time the MLB All-Star Game has been cancelled since World War II. The annual NL/AL matchup in 1945 at Fenway was called off due to wartime travel restrictions.