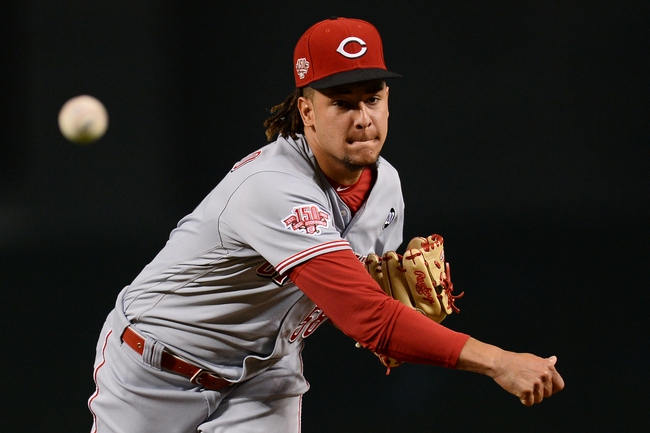 The Cincinnati Reds should be positioned well for a playoff run in the shortened 2020 MLB season.

The Reds managed an unimpressive campaign in 2019, going just 75-87 for a fourth-place finish in the National League Central. The division is wide open for this 60-game MLB season however, and we could see Cincinnati fighting near the top of the standings in 2020. Check back all season long for free MLB picks and MLB predictions at Sports Chat Place.

Let’s take a closer look at the Reds’ current status and break down their chances at hitting their projected win total this season.

Record-wise, there weren’t a ton of positives to take away from Cincinnati’s 2019 campaign, but the team played reasonably well against a few key opponents. Namely, the Reds’ season series results versus the Cubs (11-8), Braves (4-3) and Marlins (6-1) were pretty solid. That said, there’s still lots of ground to make up when it comes to teams like the Nationals (1-5) Pirates (7-12) and Cardinals (7-12).

Expectations have increased for Cincinnati in 2020 however, and it only takes a quick glance at the roster to see why. The Reds will certainly benefit from the added DH rule in the National League this season, and guys like Eugenio Suarez, Mike Moustakas and Nick Castellanos could slot in well there for something of an “active rest” day. Furthermore, the name Jesse Winker makes a whole lot of sense at designated hitter as well. Despite his sketchy injury history, some pundits are calling for Winker to bat .300 and hit double-digit homers in 2020. Across three incomplete MLB seasons, Winker has a .285/.379/.466 line in 855 plate appearances. This could be the year he puts it all together and really contributes to the Reds’ success.

Cincinnati’s starting rotation is pretty fierce as well, and should be a great source of strength for this club. The top five of Luis Castillo, Sonny Gray, Trevor Bauer, Anthony DeSclafani and Wade Miley are one of the better-looking rotations in the league—on paper anyway.

Castillo in particular is set for a potentially great season in Cincinnati. In 2019 across 190.2 innings of work, Castillo put up 15 wins and a 3.40 ERA—pretty impressive when you consider the Reds were just 75-87 overall in the record column. Some people are even putting Castillo in the early Cy Young conversation, which isn’t unreasonable at all. He's primed for a big season, relatively speaking.

Another thing working in the Reds’ favor this year is a very wide-open NL Central. St. Louis took the title with a 91-71 record last season, but Cincinnati matches up pretty well there versus the RHP-heavy Cardinals, who seem to be on a downslope. A team like the Brewers or Cubs could make a surprise run, but the Reds should remain one of the heavier division favorites.

Pick: I like the over. I’m pretty high on Cincinnati this year. Sure, looking at 2019’s shaky results might give pause to the team breaking .500 this season, but the on-field turnaround should be there. The Reds don’t seem to have a ton of speed in the projected main lineup, but do possess some well-rounded power hitters like Joey Votto, Suarez and Moustakas in the heart of the order. If Cincinnati can get even average production there, the pitching staff should be able to take the team the rest of the way.