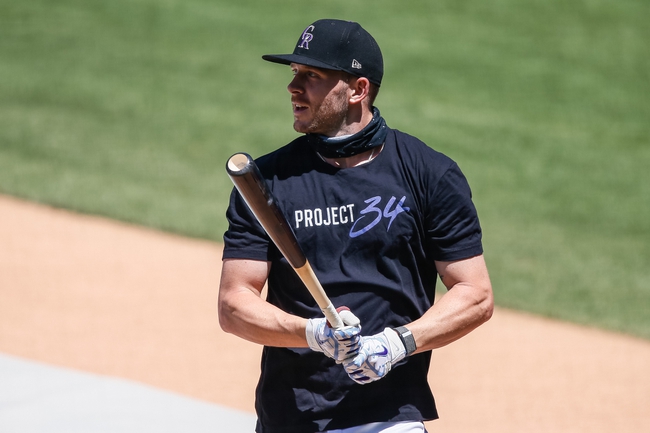 The Colorado Rockies come into the 2020 season hoping that a sprint can help them shock the NL West after a frustrating 2019 campaign.

The Rockies had their first down season under manager Bud Black, finishing the year with a record of 71-91, 18 games out of the second wild card spot and 35 games behind the division winning Los Angeles Dodgers. Only time will tell if the Rockies can live up to the hype with the solid roster that they’ve built, so let’s see what the Rockies are working with in this abbreviated 60-game season.

One omission from this season’s roster will be Ian Desmond who informed fans in an Instagram post that he wouldn’t be participating in the shortened season. The good news for the Rox is that their key core is back, led by Nolan Arenado, Charlie Blackmon and Trevor Story who are all home run threats every time they step up to bat. David Dahl, Daniel Murphy and Ryan McMahon make up another third of the potent Colorado batting order as well. The concern for Colorado is the pitching rotation, German Marquez had a solid 12-5 record and is most likely the staff ace, but he also had a 4.76 ERA last season. Jon Gray was the ERA specialist for Colorado and still had an ERA just shy of four. Kyle Freeland and Antonio Senzatela will also be in the rotation and both had ERAs just under seven so the pitching will need to be better to give the Rockies a shot this season, even if the offense does their job.

As far as the schedule goes, the Rockies will play 10 games against the rest of the NL West, as well as the AL West, which features some pretty strong lineups as well such as the Houston Astros, Oakland A’s and Los Angeles Angels. The main issue for the Rockies is having to play the Los Angeles Dodgers as the Rockies went just 4-15 against L.A. last season. But decent numbers against an otherwise down NL West division and an average mark against the AL West could put Colorado in contention this season.

Odds/Prediction: The Rockies sitting at +7000 to win the NL Pennant and +15000 to win the World Series is tempting on the surface, but as good as the bats are, there are just too many hoops for the pitching staff to have to jump through in order to make that happen. The win total for the Rockies is set at 27.5 games and I’m having a hard time with that number as I could see Colorado hitting 30 wins, but I could also see a 25 win shortened season. In the end, I’ll side with the over as 27.5 just feels low considering that the Rockies are bound to steal a couple games from most of their NL opponents and should go above or close to .500 against NL West teams not names the Dodgers, so give me the over.