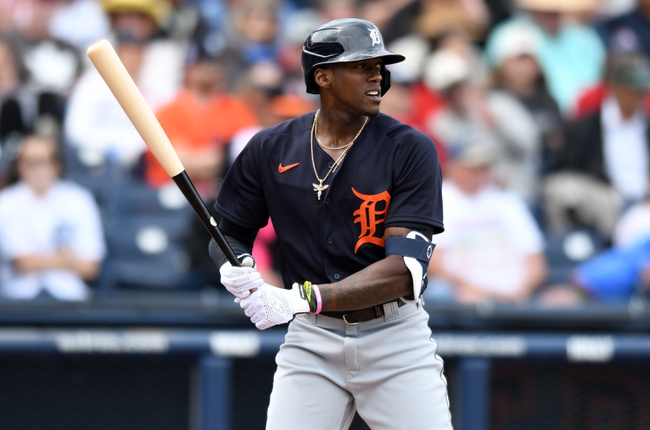 The Detroit Tigers have a lot of work to do in the win column during the shortened 2020 MLB season.

Detroit had an ugly campaign in 2019, finishing 47-114 overall and in last place in the American League Central. The season featured a lot of dubious statistics, and the Tigers will try to begin the journey back toward relevance in 2020. Check back all season long for free MLB picks and MLB predictions at Sports Chat Place.

Let’s take a closer look at Detroit’s current status and break down the team’s chances at hitting their projected win total this season.

The Tigers’ 47-114 mark in 2019 was their worst since 2003, when the team went 43-119. Things started out pretty well for Detroit last year, as they opened with a 7-3 record. It all went downhill from there however, and the Tigers dropped 111 of the next 151 games—a pretty impressive statistical feat when you think about it. Detroit had eight different losing streaks of five or more games last year, and a nine-game losing streak in May. It was so bad, the Tigers were already eliminated from postseason contention by August 24.

The Tigers will try to get that bad 2019 taste out of their mouth in this shortened season, but looking at the schedule that may be difficult. There will be 40 American League Central games—10 against each other team. The Royals will be manageable for Detroit, and the White Sox probably won’t be great. That said, the Indians and Twins should both field very strong teams in 2020. The Tigers will also face the NL Central on the schedule this year, and that’s a tough division as well. Pittsburgh likely won’t be competitive, but the Cardinals, Brewers, Cubs and Reds all should be. There aren’t many easy wins here, even in relative terms.

The good news for the Tigers is that they’ve got some promising hitters on the roster. CJ Cron will likely anchor the heart of the order, and he’s got the potential for 10 homers and 30 RBI this season. Jonathan Schoop could flirt with double-digit dingers as well, and the Cameron Maybin/Niko Goodrum combo at the top of the order is a pretty well-rounded and speedy asset. Consistency could become an issue here, however; it doesn’t look like there’s a single guy who will get anywhere near .280 or so on batting average.

Starting pitching is also going to be a problem for the Tigers. It’s looking like the team will fully get Michael Fulmer back from Tommy John surgery by the start of the season, and that’s a nice lift. That said, outside of Matt Boyd and maybe Spencer Turnbull, it doesn’t look like we’ll see any SP earned run averages below 4.50 or so. Case in point, even Jordan Zimmerman is coming off a 6.91 ERA and a 1-13 record in 2019. Yikes.

Pick: Going under. It’s a pessimistic pick, but probably a realistic one as well. Detroit does have a few solid hitters on their roster, and they’ll steal some wins here and there. That said, considering the uphill battle the Tigers have with the schedule, and the difficult gauntlet of teams they’ll have to navigate through during this shortened season, it’ll be tough. I don’t see Detroit winning more than 20 games or so in 2020.

The pick in this article is the opinion of the writer, not a Sports Chat Place site consensus.
Previous Pick
Baltimore Orioles Shortened MLB Season Pick, Odds and Prediction
Next Pick
Kiwoom Heroes vs. KIA Tigers - 7/11/20 KBO Baseball Pick, Odds, and Prediction