Who Has the Most At Bats in an MLB Season? 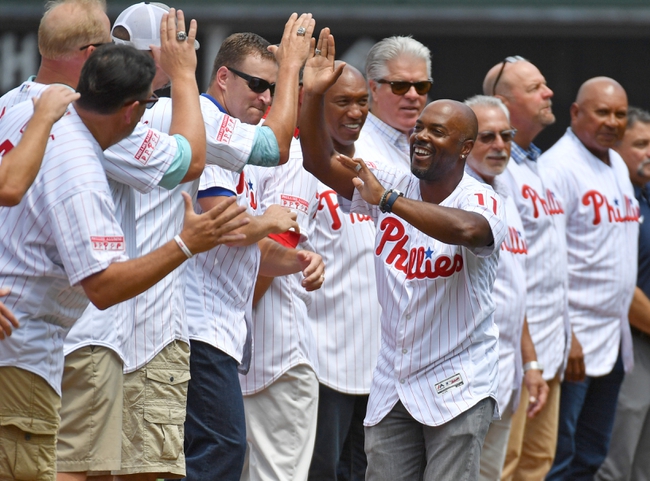 The MLB Players with the Most At Bats in a Season

These are the ten MLB players with the most at bats in a season.

When it comes to baseball statistics, at bats are a telling number. To be credited with an AB, the batter has to put the ball in play or strike out, which means he’s having a major effect on the game. Let’s take a look at the MLB players who had the busiest summers at the plate and thus a big impact on their teams’ campaigns. Check back all season long for free MLB picks and MLB predictions at Sports Chat Place.

3. Ichiro Suzuki, 704 (2004) - Everybody knows Ichiro. After a record-setting NPB stint from 1992-2000, he signed on with the MLB and became a household name among baseball fans. Ichiro would go on to play for the Mariners, Yankees and Marlins, racking up 10 All-Star appearances, 10 Gold Glove Awards and an MLB-record 262 hits in a single season. He was also a three-time Silver Slugger Award winner and AL Rookie of the Year in 2000.

4. Juan Samuel, 701 (1984) - Samuel was a fixture on MLB diamonds throughout most of the 1980s and 90s, ending up with a 16-year playing career, 161 home runs and 703 RBI in 1,720 games. He managed three All-Star selections, a Silver Slugger Award and membership on the Philadelphia Phillies Wall of Fame. Following his playing days, Samuel transitioned into a coaching career and was the Orioles’ manager in 2010.

5. Juan Pierre, 699 (2006) - Named after legendary Giants pitcher Juan Marichal, it seems like Pierre was destined for greatness since birth. He showcased that greatness during a 13-year MLB career, racking up 614 stolen bases, 2,217 hits and 517 RBI. Pierre was a three-time MLB stolen base leader and won the World Series in 2003 with the Marlins.

8. Jose Reyes, 696 (2005) - Reyes put together some amazing seasons on the MLB diamond during the early part of the 21st century. He was a four-time All-Star, a three-time NL stolen base leader, a Silver Slugger Award winner and NL batting champion. Over his career, Reyes managed 719 RBI, 517 stolen bases and 2,138 hits.

8. Alfonso Soriano, 696 (2002) - We’ll finish off our season at bats list with the journeyman Soriano, who played for the Yankees, Rangers, Nationals and Cubs during his career. A seven-time All-Star and a four-time Silver Slugger Award winner, Soriano led the AL in stolen bases in 2002. He also had power in addition to all that speed; Soriano crushed 412 homers during his 16-year MLB career.