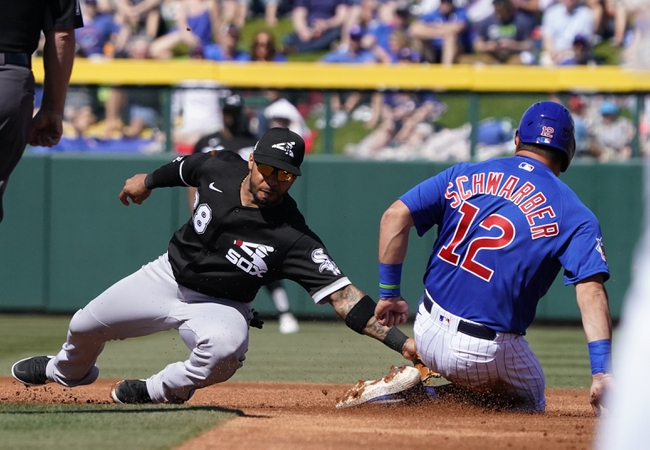 The Chicago White Sox and the Chicago Cubs meet Sunday in MLB action from Wrigley Field.

The White Sox are coming off a 72-89 record in 2019, putting the team in third place in the American League Central and out of the playoffs for the 11th straight season. As for the Cubs, they finished 84-78 in 2019, third place in the National League Central. It was the first time the Cubs failed to make the postseason since 2014. Check back all season long for free MLB picks and MLB predictions at Sports Chat Place.

The White Sox’ projected lineup is pretty formidable from a power standpoint. There are several Sox hitters who could potentially hit double-digit homers in 2020. That list includes Edwin Encarnacion, Elroy Jimenez, Yasmani Grandal and Jose Abreu. The White Sox also have nice speed atop the order with Tim Anderson and Yoan Moncada. If those guys can keep the batting averages up during this sprint of a season, the Sox could pour in some nice runs totals.

Taking the mound as the starting pitcher for the White Sox in this Sunday exhibition is Drew Anderson. Last season, Anderson put up a 7.50 ERA with five earned in 6.0 innings for the Phillies. Anderson holds a career 7.71 ERA with an 0-1 record in 21.0 innings. This will be an interesting look at Anderson's potential with the Sox over the course of the season. The team could certainly use another reliable pitching arm.

Over on the Cubs’ side, they’ve got some intriguing names in their projected lineup this season as well—though depth might become an issue. The combination of Kris Bryant and Anthony Rizzo at the top of the order is a nice one-two punch. Javier Baez has 63 homers over the past two seasons, and he could hit double-digits in 2020. Kyle Schwarber will be a nice lift as well, so long as he avoids any prolonged slumps. Beyond that, the Cubs are going to need some production from guys near the bottom of the order like Jason Kipnis and Albert Almora if they’re going to be competitive in the division.

Pick: I’m going with the White Sox here. Granted, it’s an exhibition game and both teams will be throwing out pitchers and pinch hitters randomly, but I like the Sox this on offense season. The Southsiders have a nice mix of power and finesse in the lineup, and though they may be flummoxed by Hendricks initially, I think the White Sox hitters will figure out the bullpen. Regardless, we should have a fun rivalry game here and a welcome return to baseball in the Windy City.