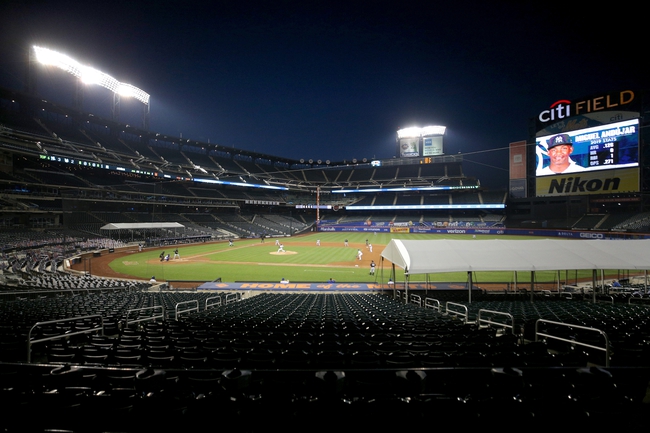 TV: YES, SNY, MLB Network Stream the MLB Game of the Day all season on ESPN+. Sign up now!

The New York Mets visit the New York Yankees in an exhibition matchup in MLB action on Sunday evening.

The New York Mets will try to get some retribution on the Yankees after falling to the Bronx Bombers by a final count of 9-3 on Saturday. Pete Alonso, J.D. Davis and Eduardo Nunez each had RBIs to make up the Mets’ scoring in the loss with Alonso going 2 for 4 at the dish while Davis chipped in a double. Eddie Rosario had a triple while Michael Conforto added a double of his own and Brandon Nimmo, and Tomas Nido each chipped in base hits as well to finish off the Mets’ offense in defeat. Rick Porcello took the loss after allowing three earned runs on six hits with three strikeouts over five innings of work. Corey Oswalt is expected to start this one and is 0-1 with a 1.13 ERA and 6 strikeouts so far in spring training.

The New York Yankees on the other hand, will look to make it two for two since picking up summer camp after their win over the Mets on Saturday. Clint Frazier led the way with a two-run home run while Erik Kratz also added two RBIs. Mike Tauchman went 3 for 5 with a double and an RBI while Gleyber Torres, Thairo Estrada, Mike Ford and Miguel Andujar each had an RBI as well. Giancarlo Stanton also has a double while Tyler Wade added a base hit as well in the victory for the Yankees. Mike King got the win to improve to 1-1 after allowing one run on three hits with three strikeouts over four innings of work. Jordan Montgomery will start this one and is 0-1 with a 4.09 ERA and 16 strikeouts up to this point in spring training.

In most sports it’s hard to beat the same team in as many days, but that rule doesn’t apply to baseball as sweeps and mini winning streaks happen on the regular. Oswalt’s pitched well up to this point, but the problem is I don’t know how well he’s going to handle the Yankees’ lineup that already appears to be in form and picked up right where the left off on Saturday. The Mets are a decent team with a solid lineup, but I just feel that the Yankees get the job done again so I’ll lay the juice with the Yankees here.