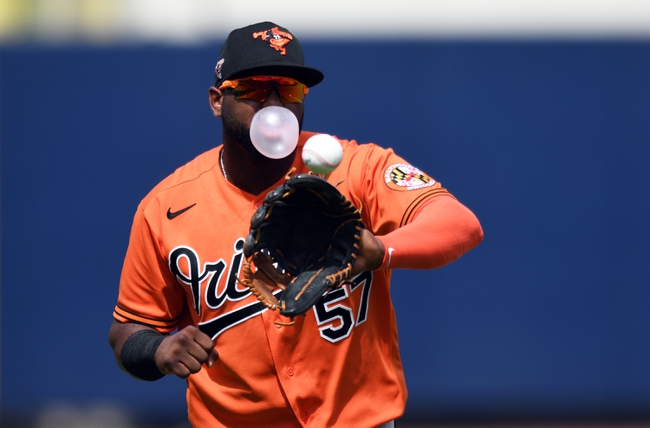 The Washington Nationals and the Baltimore Orioles meet Monday in MLB action from Oriole Park.

The Nationals are coming off an epic World Series championship run in 2019. Washington rode a 93-69 record and a Wild Card berth all the way to the title. Baltimore is on the other end of the MLB success spectrum, however. The Orioles went 54-108 in 2019 and have posted 100-loss seasons in consecutive years. Check back all season long for free MLB picks and MLB predictions at Sports Chat Place.

The Nationals’ first spring training exhibition outing against Philadelphia on Saturday didn’t go so well in a 7-2 loss. Starting pitcher Max Scherzer coughed up six hits, two walks and seven earned in 5.0 innings. The good news is that all the scoreboard damage was done in the first couple innings and Scherzer calmed down after that. The bad news is that Washington couldn’t plate many runs and only had three hits. First baseman Jake Noll’s solo homer was the only real standout from the game.

Over on the Orioles’ side, they just finished up with the Phillies as well. Baltimore fared better in that matchup on Sunday, posting a 4-1 victory. The Orioles out-hit the Phillies 9-8 in that one, with both Rio Ruiz (2-for-3) and Hanser Alberto (2-for-3; RBI) recording multiple hits. Thomas Eshelman also put up a strong outing on 5.0 innings, four hits and five Ks.

Pick: I’m still going Nationals; it just seems safer. Granted, Washington is going to struggle at times this year when the pitching isn’t on point, or when the bats go silent, or when the bullpen blows a lead. There are plenty of ways the Nats could implode, but the team should be well in the mix for the division lead by season’s end.

As for Baltimore, they just don’t look very imposing on paper, and there aren’t too many intimidating bats in the lineup either. Renato Nunez and maybe Anthony Santander have the potential for double-digit home runs this season. That said, if guys like Chris Davis and Pedro Severino can’t find their form at the plate the O’s won’t score much. Then there’s the pitching staff; none of the starters projects an ERA much under 5.00, so it’ll be hard to keep up on the scoreboard. The line on this one is rather thick, but I'm still leaning toward putting it down.