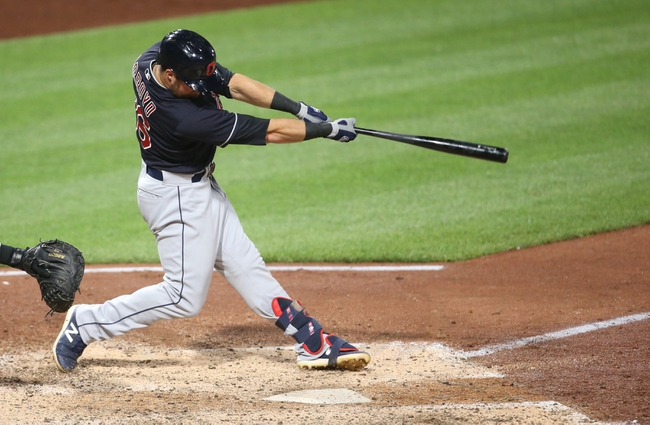 TV: SportsTime Ohio, ATT-Pitt Stream the MLB Game of the Day all season on ESPN+. Sign up now!

The Pittsburgh Pirates and the Cleveland Indians meet in an MLB exhibition game on Monday night.

The Pittsburgh Pirates will look to exact some revenge after dropping the first meeting with the Indians by a final count of 5-3 on Saturday. Guillermo Heredia led the Bucs with two RBIs while Erik Gonzalez went 2 for 3 with an RBI to finish off Pittsburgh’s scoring as a team in defeat. Colin Moran went 2 for 3 at the dish while Josh Bell, Cole Tucker, Jason Marin and Jacob Stallings each had a double. Will Craig and Bryan Reynolds each chipped in a base hit as well in the losing effort. Joe Musgrove threw three shutout innings with one hit allowed and five strikeouts, not factoring in the decision. Kyle Crick ended up with the loss, falling to 0-1 as a result. Trevor Williams will start this matchup and is 0-2 with a 9.00 ERA and 7 strikeouts across 4 starts so far in spring training.

The Cleveland Indians on the other hand will look to build off of their victory over the Pirates on Saturday. Christian Arroyo led the way for the Tribe with three RBIs and a double while Yu Chang and Greg Allen each had an RBI. Daniel Johnson added a double while Carlos Santana, Francisco Lindor, Tyler Freeman and Cesar Hernandez each added a base knock as well to finish off Cleveland’s offense as a team in the victory. Zach Plesac gave up two runs on six hits while striking out six over five innings of work, not factoring in the decision. Dominic Leone got the win in relief to improve to 1-0 while Phil Maton closed out the 9th for the save. Mike Clevinger will get the start here and has yet to appear in spring training in 2020

I had said it in the first meeting on Saturday, and my stance still stands as Pittsburgh’s not a team I’m high on nor going to be high on once the season starts. With that said, while Williams is one of the more consistent pitchers in Pittsburgh’s rotation, he’s been roughed up so far in spring training and a long layoff is sure to hinder before it helps. Mike Clevinger is expected to be the staff ace for Cleveland this season and if a lot of things go right I think Clevinger could be a dark horse for the Cy Young in the AL this season. Either way, I think this game ends with another Cleveland victory.