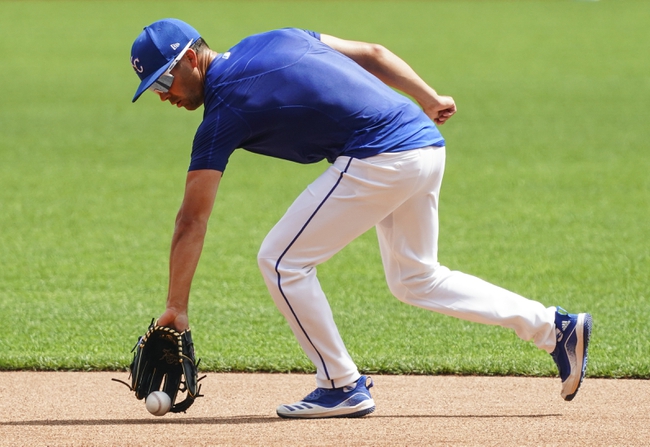 TV: FSKC Stream the MLB Game of the Day all season on ESPN+. Sign up now!

Houston finished the 2019 season at a red-hot 107-55, winning the AL West and eventually taking the league pennant. The Astros were stopped short of a World Series title in seven games by the Nationals, however. As for Kansas City, they didn’t have much luck at 59-103 last year. That finish was a one-game improvement from 2018, but still left the Royals in fourth place in the AL Central. Check back all season long for free MLB picks and MLB predictions at Sports Chat Place.

Considering this shortened season, and also considering with the sign-stealing scandal hanging over their heads, the Astros should be very successful on the field in 2020. Even with power-hitting Jordan Alvarez on the shelf for now, Houston still has big bats in George Springer, Alex Bregman and Carlos Correa. Factor in the versatility of guys like Jose Altuve, Michael Brantley and Yuli Gurriel, and it’s quite the formidable order. Expect another avalanche of runs in Houston this year.

For the Monday game, Houston will be sending out starter Lance McCullers. It’s been a while since we’ve seen him on the mound. McCullers has been out since the end of the 2018 season when he underwent Tommy John surgery. Over his MLB career, McCullers carries a 29-22 record, a 3.67 ERA, 509 strikeouts and a 1.27 WHIP.

Over on the Royals’ side, they’re projected to finish at the bottom of the AL Central Division again this season, likely fighting it out for the basement spot with the Tigers. That said, Kansas City does boast a few bright spots in the batting order. Whit Merrifield plated 105 runs with 74 RBI and 20 steals last year, and Adalberto Mondesi has the potential for 15-20 steals in this shortened season. Jorge Soler will likely come away with double-digit home runs in 2020 as well. That trio will be very busy carrying the load for KC.

Pick: I'm still going to hang with Houston. This is kind of a weird game to predict, even aside from the obvious reasons. On paper, the Astros are downright loaded from top to bottom. The lineup should feast on the vulnerable Kansas City hitting, and the Royals don’t have the ammunition to realistically keep pace.

Granted, the McCullers start is a proverbial wild card since we haven’t seen him pitch in ages. That said, Houston should have more than enough offensive push to compensate for any potential mistakes. It wouldn’t be crazy to take KC on a value pick here, but for me it’s not worth the risk.