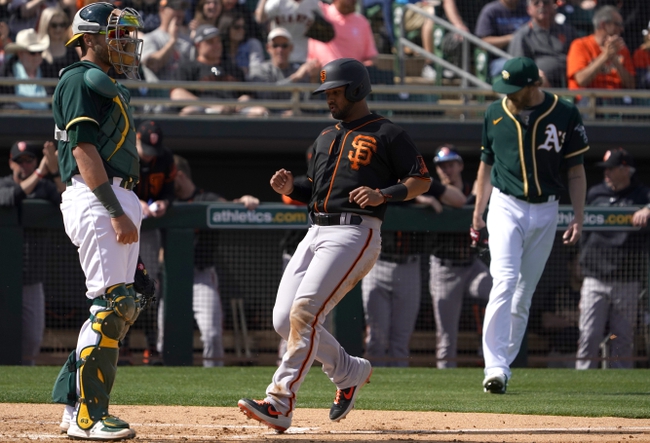 The San Francisco Giants won just 77 games last season and now begin a new era under manager Gabe Kapler. The Giants are an aging roster with not a lot of bright spots at the moment and things likely aren’t going to improve with star catcher Buster Posey sitting out the season. The Giants finished 27th last year in batting average and 28th in runs scored, and there’s not a whole lot of help to support Brandon Belt and even a healthy Evan Longoria. The good news for the Giants is their relief pitchers had the fourth best EA and sixth best WHIP in baseball last year, but you have to question how much that continues with the loss of Will Smith. Kevin Gausman gets the ball tonight for the San Francisco Giants.

The Oakland Athletics won 97 games last season and hav to like their chances of building on that success. The A’s not only return the bulk of a lineup that was eighth in runs scored and fifth in home runs, but they finally have a healthy starting rotation. You can do a lot worse than a starting staff led by Frankie Montas, Sean Manaea and Mike Fiers, and this version of the A’s are far more balanced than the club that made the playoffs the last two seasons. The Oakland Athletics are starting to get some respect nationally and they’re certainly going to be a team to watch this season. Sean Manaea gets the ball tonight for the Oakland Athletics.

I'm just not all that high on the San Francisco Giants with a new manager, an aging roster that doesn't scare anybody and not having Posey in the clubhouse. Gausman also wasn't good last season, posting a 5.72 ERA a 1.42 WHIP in 102.1 innings. For those who have followed along over the years know I was pounding the table about the Oakland Athletics years ago before they were the trendy pick, and Manaea is an all-star caliber pitcher when healthy, and he showed that last season in four games with a 1.21 ERA and 30 strikeouts in 29.2 innings.

The Oakland Athletics should roll in this exhibition contest.