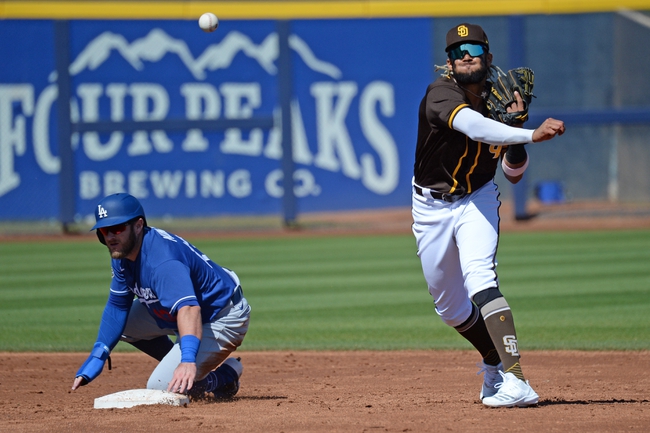 The Los Angeles Angels have increased expectations with Joe Maddon now manager of the team, and you can bet fans will be watching things closely in these exhibition games. The Angels also went out and got one of the best players in the game in Anthony Rendon, finally giving Mike Trout some needed protection in the batting lineup. The Angels starting rotation also received a boost with the additions of Dylan Bundy and Jaime Barria, as their starting ERA was 29th in baseball last season. The Los Angeles Angels aren’t in a easy division, but there’s no doubt there’s pressure on this club to produce. Griffin Canning gets the ball tonight for the Los Angeles Angels.

The San Diego Padres finished dead last in the NL West last season and will now have three new bats in their lineup with Trent Grisham, Tommy Pham and Jurickson Profar. The San Diego Padres were 28th in batting averaged last season as well as 26th in OBP and OPS. Of course, it wouldn’t hurt if Manny Machado lived up to expectations of that monster contract. The Padres also have a revamped bullpen that includes Drew Pomeranz, Emilio Pagán, Pierce Johnson and Tim Hill. I’m not sure people expect much from these Padres, but it will be nice to see some new faces. Garrett Richards gets the ball tonight for the San Diego Padres.

This certainly isn't the sexiest pitching matchup in the world, as Canning struggled his rookie season with a 4.58 ERA and 1.22 WHIP in 90.1 innings. Richards pitched just 8.2 innings last season and it's going to be interesting if he can return to the form he had with the Angels back in the day while actually staying on the field. As for a pick, you have to lean toward the Angels in this spot. The Los Angeles Angels have the better roster no matter how you slice it, and the Padres wrote a lot of checks they couldn't cash last season that still has me questioning their true ability.

The Los Angeles Angels need to hit the ground running if they're going to live up to expectations. I expect them to win this game.