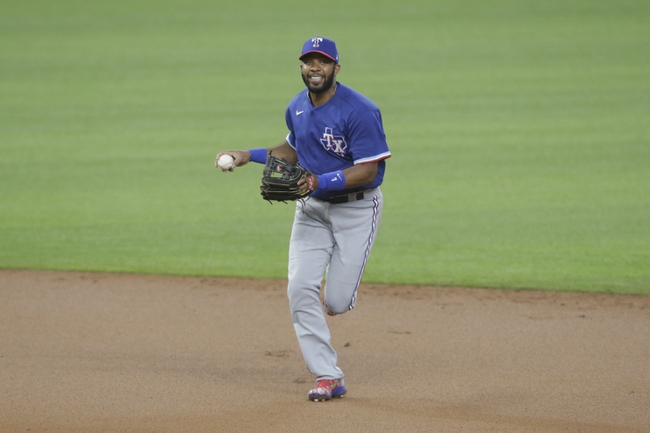 TV: FSSW, MLBN Stream the MLB Game of the Day all season on ESPN+. Sign up now!

The Colorado Rockies and the Texas Rangers meet Tuesday in MLB action from Globe Life Field.

The Rockies managed a sub-par 71-91 record last season. That result left Colorado in fourth place in the National League West and out of the playoffs for the first time in three years. As for Texas, they didn’t fare so well in 2019 either, with a 78-84 record overall. The Rangers were left in third place in the American League West and out of the postseason for the third straight year. Check back all season long for free MLB picks and MLB predictions at Sports Chat Place.

Looking at the Rockies’ lineup, they should get nice power output in 2020 from Trevor Story and Nolan Arenado, both of whom could potentially hit 15 homers this season. Charlie Blackmon (who is out after a positive coronavirus test but should be back by opening day) will be a nice piece as well after his 32 homers and 112 runs last year. Garrett Hampson will be another name to watch, as he offers some decent batting average and steals numbers a little further down the order.

For the Tuesday exhibition opener, Colorado will be sending out RHP Ashton Goudeau. Though he doesn’t have any Major League stats, the Rockies are likely eager to get a look at Goudeau. He’s been ranked their number 26 overall prospect and could play a decent-sized role with expanded rosters in the shortened season.

Looking at Texas on paper, they have a pretty well-rounded group of hitters in their projected lineup this season—but batting averages and consistency might be an issue. Elvis Andrus and veteran Shin-Soo Choo will kick things off at the top of the order, and Joey Gallo should provide the Rangers with double-digit homers this year. Beyond that, batting averages and OBP from guys like Todd Frazier and Rougned Odor will go a long way toward Texas’ ability to plate runs in 2020.

Pick: I’m going to stick with Texas here. Though Goudeau should be relatively solid overall, I don’t think he’ll be anything the Rangers hitters can’t handle. Colorado does have some nice bats in their lineup, but if Texas can get a handful of productive innings out of Gibson things should be manageable (and competitive) on the scoreboard. I think the Rangers have a good shot here, provided a few guys from the bottom end of the order can manage to get on base.