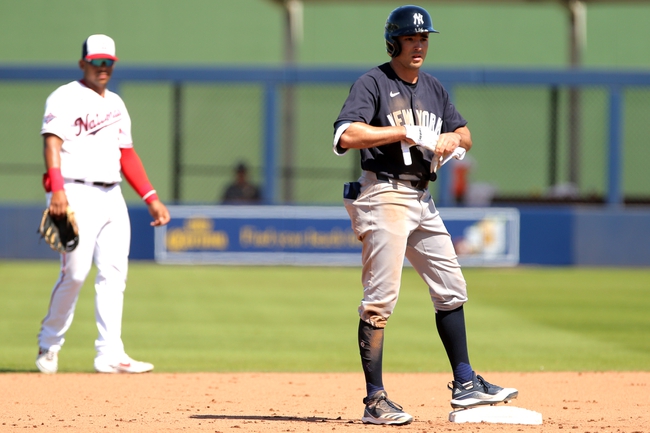 New York is coming off a great 103-59 record last year and another division title. The Yankees’ playoff dreams were crushed in the American League Championship Series however, as they were ousted by the Astros in six games. As for the Nationals, they went all the way in 2019, riding a 93-69 regular-season record and a Wild Card playoff berth to a World Series championship over those same Astros. Check back all season long for free MLB picks and MLB predictions at Sports Chat Place.

The Yankees lineup looks pretty imposing once again this season. There are plenty of talented hitters here—even with big bats like Giancarlo Stanton and Aaron Judge banged up (already) to start the season. Rising superstar Gleyber Torres will be fun to watch following his breakout 38-homer, 96-run campaign last year. Names like DJ LeMahieu and Gary Sanchez should provide some solid depth. Even when not at full strength (which they often are), this year’s Yankees should be plating runs in bunches.

Gerrit Cole is set to take the mound for New York in this opener. He’s coming off a nice 20-5 record last year with 326 strikeouts and a nifty 2.50 ERA. Over the last three seasons, Cole has managed to rack up an impressive 47 victories. That’s probably why the Yankees are paying him $324 million over the next nine years.

Over on the Nationals’ side, they’re carrying over some key names from their World Series campaign last year and should be a great team once again. The projected lineup is quite well-balanced between power and speed. Guys like Victor Robles and Trea Turner should provide nice production in those first few spots of the order, and Juan Soto carries the big stick in the cleanup spot. Soto could potentially hit 15 homers with 40 runs and 40 RBI this season, which would be quite an accomplishment over 60 games.

Pitching for Washington in the season opener will be Max Scherzer, the ace of a great Nats pitching staff. The veteran Scherzer tallied an 11-7 mark in 2019 with a 2.92 ERA and 243 strikeouts to his credit. In each of the last 10 seasons, Scherzer has posted at least 11 wins, so he should be primed to flirt with a half-dozen or so in this shortened campaign.

Pick: Going Nationals on something of a value pick. It’s obviously impossible to know what sort of variables we’ll be seeing in the opener of a truncated and very strange MLB season, but from a baseball standpoint Washington seems set up pretty well here. Scherzer won’t be fazed, and he’ll stay out there as long as the coaching staff needs. (Which probably won’t be too long.)

Granted, the Nationals’ bullpen was pretty terrible last season and the team could run into the same issues this season. Still, if Washington can stumble through the relief innings without too much damage and get to closer Sean Doolittle, the team looks worth taking a shot on. 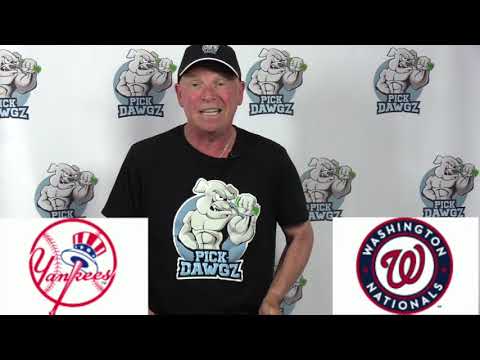