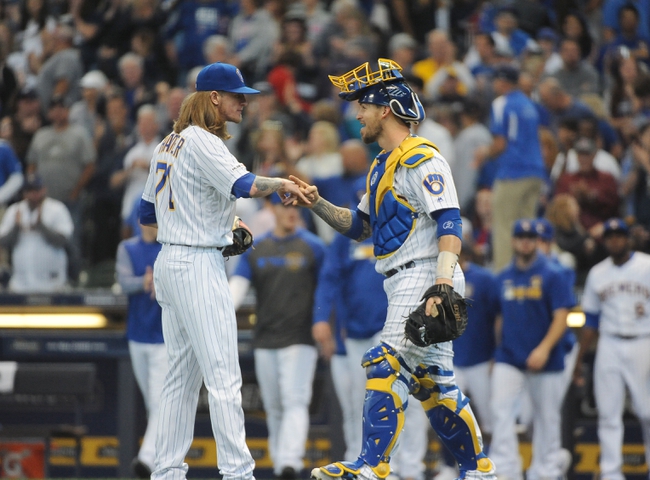 TV: ESPN, MARQ, FSWI Stream the MLB Game of the Day all season on ESPN+. Sign up now!

The Milwaukee Brewers won 89 games last season and enter this year with a revamped roster and a lot of new faces. In fact, the Brewers will have four new bats in their lineup on opening day in Eric Sogard, Avisaíl García, Justin Smoak and Omar Narvaez. While it remains to be seen if those additions improve a batting average that was 20th in baseball last year, having an MVP in Christian Yelich does give this group a fighting chance. In order for the Brewers to get back to where they were the bullpen has to return to form, as Milwaukee was 18th in bullpen ERA last season. Brandon Woodruff gets the ball for the Brewers, and he was 11-3 with a 3.62 ERA and 143 strikeouts last season. Woodruff is 0-0 with a 6.75 ERA and 19 strikeouts in his career against the Cubs.

The Chicago Cubs had a disappointing season last year with just 84 wins and it feels like the honeymoon is over from their World Series. The good news is the Cubs still have the bulk of their roster that won a title not too long ago, and you can do a lot worse than a batting order that includes Anthony Rizzo, Kris Bryant, Javier Baez and Kyle Schwarber. The Cubs also had above average pitching last season and not a lot changes there outside of Cole Hamels leaving. The bad news is the Cubs roster feels a little stale and some of that swagger has left the building. Kyle Hendricks gets the ball for the Cubs, and he was 11-10 with a 3.46 ERA and 150 strikeouts last season. Hendricks is 8-6 with a 3.08 ERA and 109 strikeouts in his career against the Brewers.

This is a tough game to cap and it doesn't feel like either of these pitchers are guys you want to have starting for you on opening day. I'm going to side with the over in this contest. Both Woodruff and Hendricks can run hot and cold at times, and Hendricks especially had issues last year keeping the ball in the park. Night game in the middle of summer at Wrigley, the ball should carry well. We should see some fireworks in this one.