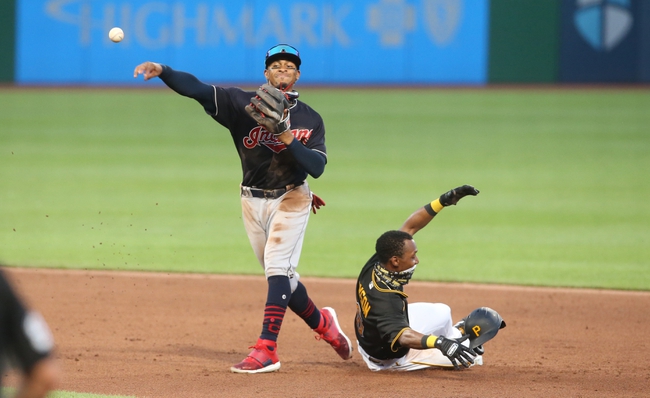 TV: SportsTime Ohio Stream the MLB Game of the Day all season on ESPN+. Sign up now!

The Kansas City Royals and the Cleveland Indians meet in MLB action from Progressive Field on Friday night.

The Kansas City Royals come into the abbreviated 2020 season looking to change the culture of a Royals’ organization that’s endured a tough run of luck over the last couple of seasons, resulting in back-to-back 100-loss seasons, including a 59-103 record in 2019. Ned Yost is gone as the Royals’ skipper, leading to Kansas City hiring Mike Matheny to take over his first managerial gig since leaving the St. Louis Cardinals in 2018 after serving as St. Louis’ bench boss from 2012-2018. Lineup wise, most of the usual suspects are back, including Salvador Perez who missed last season recovering from Tommy John surgery. Jorge Soler is back as well after leading KC with 48 home runs and 117 RBIs while Hunter Dozier, Alex Gordon and Whit Merrifield make up Kansas City’s core group. The pitching rotation features some familiar faces as well, with Jakob Junis, Brad Keller and Glenn Sparkman all expected to be part of the lineup with Junis and Sparkman hoping to improve on ERAs that finished well over five last season. Danny Duffy will get the start on opening day and was 7-6 with a 4.34 ERA and 115 strikeouts last season. In his career, Duffy is 3-11 with a 5.48 ERA against Cleveland.

The Cleveland Indians will hope to make some more noise in the AL Central this season after narrowly missing out on the postseason in 2019 despite a very good 93-69 record as the Tribe finished three games short of the second wild-card spot in a highly competitive AL race last season. Terry Francona is back as well in his 8th season in charge of the Cleveland Indians as well. A good chunk of Cleveland’s lineup is back in the batting order with Francisco Lindor leading the way after belting 32 homers with 74 RBIs last season while Carlos Santana is also back after leading the Tribe with 34 dingers and 93 RBIs with a .281 batting average last season. Jose Ramirez, Franmil Reyes, Tyler Naquin and Roberto Perez also make up a bunch of key pieces that are back for Cleveland this year. As far as the rotation of starters, all of the names should be familiar, with Mike Clevinger, Carlos Carrasco and Zach Plesac seeing starts last year while Aaron Civale is expected to take a larger role within the rotation. Shane Bieber looks to be the staff ace after going 15-8 with a 3.28 ERA and 259 strikeouts in 214.1 innings across 33 starts last season, leading him to get the start on opening day for Cleveland here. In his career, Bieber is 3-0 with a 5.22 ERA and 29 strikeouts against Kansas City.

It’s hard to know what to expect on opening day, as you normally see ace vs. ace while guys are still getting back into the swing of things. However, while Duffy is the best arm the Royals have, he struggles against Cleveland for whatever reason and while Bieber’s had issues of his own, he’s managed to get the job done. I’m also not very high on the Royals outside of a couple of guys like Soler this season, so I’ll side with Cleveland to start things off with a win and since I’m not paying this crazy price, I’ll take the Tribe on the run line to get the price down a bit.