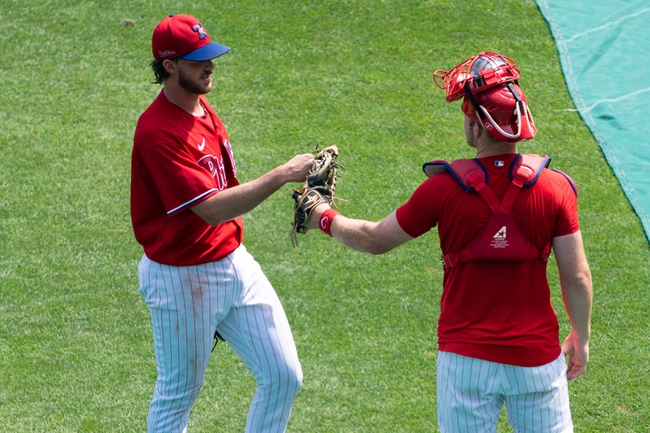 The Miami Marlins and the Philadelphia Phillies meet Friday in MLB action from Citizens Bank Park.

The Marlins are coming off another bad year in 2019, finishing 57-105 overall. That left Miami in last place in the National League East and out of the playoffs for the 16th straight season. As for the Phillies, they were average but improved at 81-81 overall. Philadelphia was left in fourth place in the National League East however, and have missed the postseason for eight straight years. Check back all season long for free MLB picks and MLB predictions at Sports Chat Place.

We got to see the Marlins in a couple of summer exhibition games this week, both against the Braves. Miami suffered a close 10-9 loss in the Tuesday edition of that pair. On Wednesday, the Marlins were able to carve out a 6-2 win.

For the Friday opener, the Marlins will hand off to Sandy Alcantara in the starting role. Last year, Alcantara posted a 6-14 record with a 3.88 ERA and 151 strikeouts in 197.1 total innings. He was 2-1 with a 3.86 ERA versus the Phillies in that time. Alcantara was also the Marlins’ lone All-Star selection last season.

Over on the Phillies’ side, they got three summer exhibition games in this past week, each against different teams. On Saturday, Philadelphia managed a 7-2 win over the World Series champion Nationals, then fell to the Orioles 4-1 on Sunday. The Phillies then finished up with a 2-2 tie against the Yankees on Monday.

For the Friday season opener, Philadelphia will send Aaron Nola to the mound. This will be his third straight opening-day start. In 2019, Nola came up with a 12-7 record and a 3.87 ERA with 229 strikeouts in 202.1 innings. In 50 starts over the last three seasons, Nola has a 2.74 ERA at Citizens Bank Park.

Pick: Going Marlins. It’s something of a value pick since the line is rather thick, but it makes sense. Alcantara is probably the Marlins’ best overall player, and he should be able to keep the game manageable while he’s out there. With some timely hitting and scoring, Miami might be able to pull this one out.

Granted, Nola is going to be tough to crack initially, but I think it’s worth taking a shot on the Marlins here. 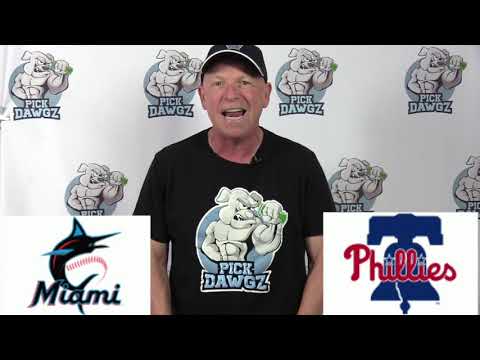