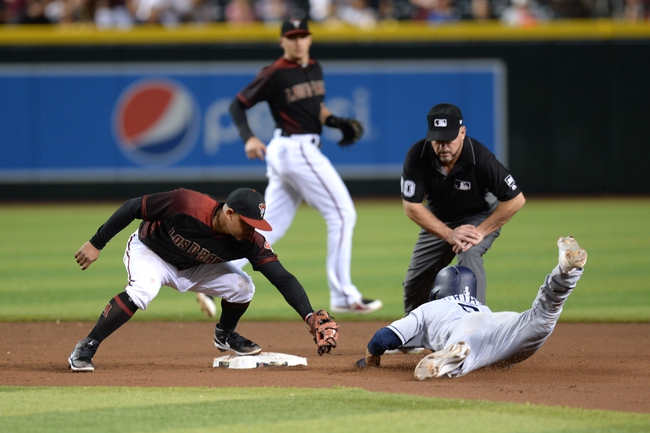 The Arizona Diamondbacks quietly won 85 games last year and have to feel like they made enough moves this offseason to improve their playoff chances. Adding Starling Marte and Kole Clhoun to the outfield not only improves the defense but adds some pop to the batting order after finishing 18th in home runs last season. The Diamondbacks also managed to snag Madison Bumgarner to give the rotation a true ace. While some would argue Bumgarner isn’t the same pitcher he once was, he’s only 31 years old, and the moves allows Robbie Ray and Zac Gallen to be the No. 2 and No. 3 pitchers they actually are. Madison Bumgarner gets the ball for the Diamondbacks, and he was 9-9 with a 3.90 ERA and 203 strikeouts last season. Bumgarner is 13-10 with a 3.40 ERA and 231 strikeouts in his career against the Padres.

The San Diego Padres finished dead last in the NL West last season and will now have three new bats in their lineup with Trent Grisham, Tommy Pham and Jurickson Profar. The San Diego Padres were 28th in batting average last season as well as 26th in OBP and OPS. Of course, it wouldn’t hurt if Manny Machado lived up to expectations of that monster contract. The Padres also have a revamped bullpen that includes Drew Pomeranz, Emilio Pagán, Pierce Johnson and Tim Hill. I’m not sure people expect much from these Padres, but it will be nice to see some new faces and a lot of their youngsters grow into their roles. Chris Paddack gets the ball for the Padres, and he was 9-7 with a 3.33 ERA and 153 strikeouts last season. Paddack is 1-0 with a 1.08 ERA and 20 strikeouts in his career against the Diamondbacks.

This line doesn't make any sense to me, as you can make a strong argument the Arizona Diamondbacks are the better team, and while Bumgarner may no longer be CY Young worthy, he's still an above-average pitcher who has gems left in his game. Paddack was solid and we made money off him last year, but the Padres aren't a team I'm thrilled about backing in the favorite role and they wrote a lot of checks they couldn't cash last season. The Arizona Diamondbacks are a playoff caliber team this season and I'm not sure we can say the same about the Padres.