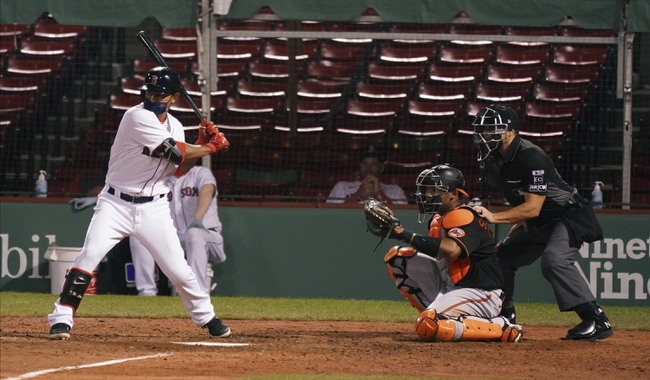 The Baltimore Orioles have nowhere to go but up after giving up 13 runs and 17 hits in their opening day loss. Three of the Orioles four pitchers allowed at least three earned runs and their bullpen allowed nine runs. Overall, Renato Nunez and Rio Ruiz combined for two hits and two RBI while Tommy Milone allowed four runs and four hits in three innings. The Baltimore Orioles surprisingly haven’t started a season 0-2 since the 2010 season. Alex Cobb gets the ball for the Orioles, and he was 0-2 with a 10.95 ERA and eight strikeouts last season. Cobb is 7-6 with a 3.84 ERA and 68 strikeouts in his career against the Red Sox.

The Boston Red Sox had a field day on opening day and quieted the doubters who said this was going to be a rebuilding year. The Red Sox have five players with at least two hits, and they scored 10 runs before the fifth inning. Overall, J.D. Martinez and Kevin Pillar combined for six hits and six RBI while Nathan Eovaldi allowed one run and five hits in six innings. The Boston Red Sox have a chance to start a season 2-0 for the first time since the 2017 season. Martin Perez gets the ball for the Red Sox, and he was 10-7 with a 5.12 ERA and 135 strikeouts last season. Perez is 4-4 with a 5.00 ERA and 35 strikeouts in his career against the Orioles.

Cobb is actually a solid pitcher when he's healthy, and he gives the O's a fighting chance in this contest, especially if Perez is the hittable pitcher he was last season. You can make a case for the Orioles in this spot. However, the Baltimore Orioles are still the Baltimore Orioles, and they did nothing on Friday night to change the way people view them. It's tough to get behind the O's no matter the circumstances. Give me the Boston Red Sox and the RL for added value.