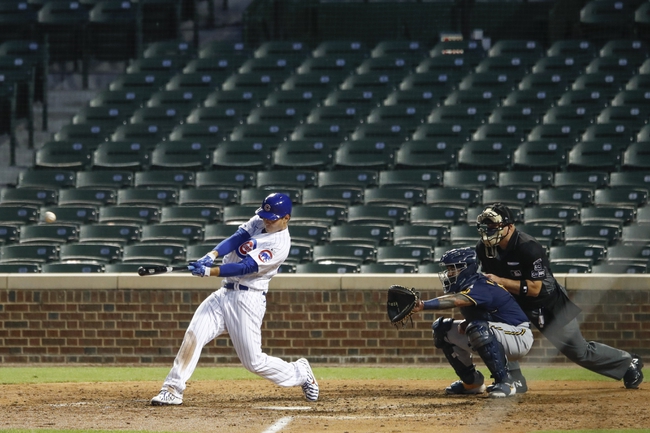 The Milwaukee Brewers and the Chicago Cubs meet Saturday in MLB action from Wrigley Field.

This will be the second in a three-game opener series between these teams over the weekend. In game one on Friday, the Cubs were able to score twice in the third inning and hang on for a 3-0 victory. Check back all season long for free MLB picks and MLB predictions at Sports Chat Place.

Milwaukee couldn’t get anything going offensively in the Friday opener loss. The Brewers were out-hit 5-3 in that game, and all three hits came courtesy of shortstop Orlando Arcia in the number nine spot of the order. Between the quartet of Eric Sogard, Christian Yelich, Keston Hiura and Justin Smoak, there were six strikeouts and six runners left on base.

For the Saturday game, Milwaukee will be sending out RHP Corbin Burnes in the start. Despite struggling last season with a 1-5 record and an 8.82 ERA in 49.0 innings of work, Burnes gets the call here after a great spring/summer training showing. Burnes’ season didn’t start out so great in 2019, though. He gave up 11 home runs in four starts during April.

Over on the Cubs’ side, no one really tore it up offensively on Friday, but the hero of the game was certainly starting pitcher Kyle Hendricks. He pitched a complete game, allowing just three hits and striking out nine batters. Ian Happ (two-run) and Anthony Rizzo (solo) each tallied homers for Chicago in that game as well.

For the Saturday matchup, the Cubs are going to send out RHP Yu Darvish. In 2019, Darvish put up a 6-8 record with a 3.98 ERA and 229 strikeouts in 178.2 total innings of work. In two starts versus the Brewers last year, Darvish gave up just one run with 15 strikeouts and one walk. Darvish also had a nice second half last season with a 2.76 ERA and 118 Ks in 81.2 innings.

Pick: I like the Cubs here. Granted, it’s going to be interesting to see what Burnes can do; the team certainly believes he’s got his stuff going. If Burnes can get back to his 2018 levels (7-0, 2.61 ERA in 38.0 innings), Milwaukee might have something here.

Still, with Darvish on the mound on the other side (and considering how great he’s been against Milwaukee) I’m leaning more toward the Chicago in this one. 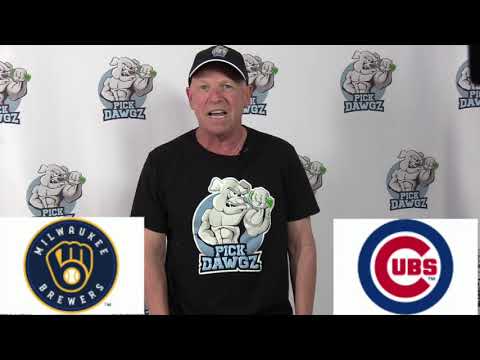