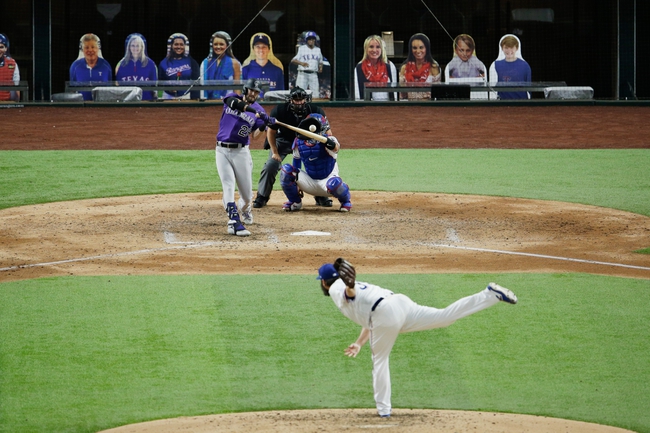 TV: ATRM, FSSW Stream the MLB Game of the Day all season on ESPN+. Sign up now!

The Colorado Rockies and the Texas Rangers meet Saturday in MLB action from Globe Life Field.

This will be game two of a three-game home opener series for the Rangers. In the Friday game we had a tense, low-scoring battle. The Rangers plated a single run in the sixth inning, but that was good enough for a 1-0 victory. Check back all season long for free MLB picks and MLB predictions at Sports Chat Place.

The Rockies collected three hits in the defeat on Friday. The thing is, all three of those this came courtesy of David Dahl, who went 3-for-4 with a strikeout. Everyone else came up empty, and as a team Colorado struck out 14 times during this game. Starting pitcher German Marquez finished with 5.2 innings, two hits and one earned with three walks.

Over on the Rangers’ side, they had a nice pitching performance across the board on Friday. Starter Lance Lynn set the pace on 6.0 innings, two hits, nine strikeouts and four walks. Offensively the lone RBI went to Rougned Odor, who was 1-for-2 with a walk.

In Saturday’s game, Texas will hand off to Mike Minor in the start. Minor had a 14-10 record with a 3.59 ERA and 200 strikeouts in 208.1 innings during 2019. He was Texas’ Pitcher of the Year last season. In seven career starts and two relief outings versus Colorado during his career, Minor has a 3-2 record with a 5.24 ERA.

Pick: I’m going with Texas. This game is a relative coin flip odds-wise, marked by what should be a very intriguing starting pitching battle. Both Minor and Gray are capable of controlling a game, and this should be another tight battle. The Rangers don’t necessarily have much power in their batting order, but with Minor on the mound I expect things to be manageable. The under is probably worth looking at in this one as well. 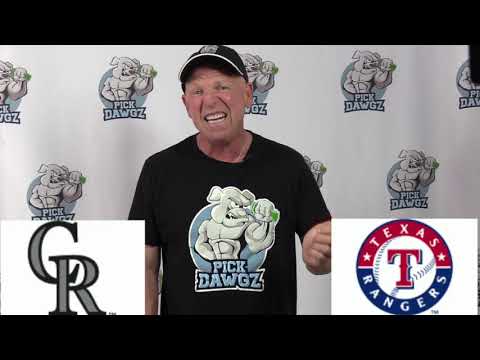