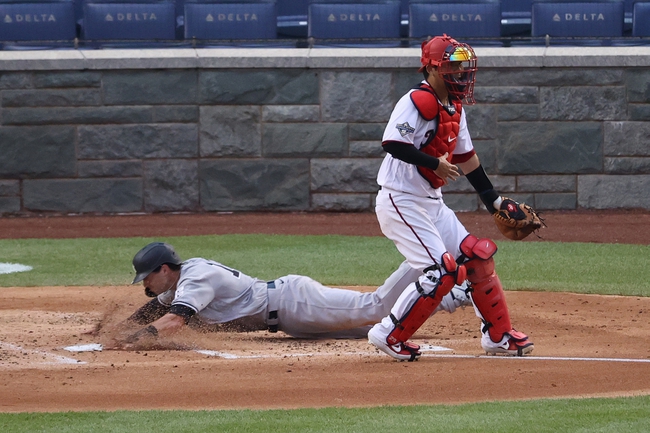 The New York Yankees ended up stealing a victory on Thursday when their 4-1 lead was credited with a win due to a rainout. The New York Yankees have now won their last three opening days and their offensive depth is why many consider them the team to beat this season. Giancarlo Stanton leads the Yankees with two hits and three RBI while Aaron Judge and Gio Urshela have combined for three hits and one RBI. James Paxton gets the ball for the Yankees, and he was 15-6 with a 3.82 ERA and 186 strikeouts last season. This will be Paxton’s first career game against the Nationals.

The Washington Nationals should be eager for a bounce back showing after not given a chance to complete nine innings their last time out. In the losing effort, the Nats produced just one hit and struck out five times in five innings. Adam Eaton leads the Nationals with one hit and one RBI while Asdrúbal Cabrera has one walk in one at bat. The Washington Nationals look to avoid back-to-back 0-2 starts to the MLB season. Stephen Strasburg gets the ball for the Nationals, and he was 18-6 with a 3.32 ERA and 251 strikeouts last season. This will be Strasburg’s first career game against the Yankees.

Strasburg and even money is always intriguing, especially after what he did last season and the fact he was able to stay healthy. However, Paxton looked sharp in his own right last season and he has a lot more run support behind him with a devastating lineup. It doesn't matter how dominant Strasburg can be, it only takes one or two missed pitches against these Yankees to give up a crooked number. Yankees and cheap prices are going to get a lot of play this season.