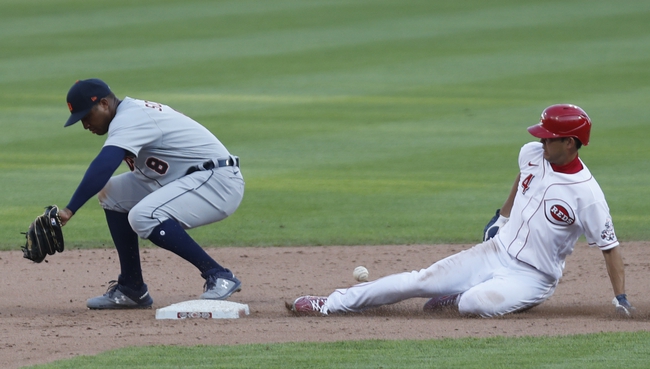 TV: FS-Ohio, FS-Detroit Stream the MLB Game of the Day all season on ESPN+. Sign up now!

The Detroit Tigers and the Cincinnati Reds meet in MLB action from the Great American Ballpark on Sunday afternoon.

The Detroit Tigers will look to build on a 6-4 win over the Reds in game two on Saturday. Miguel Cabrera and JaCoby Jones each had a two-run home run while Austin Romine went 2 for 4 with a solo home run and C.J. Cron went 2 for 5 with a double and an RBI as well to round out Detroit’s scoring as a team in the winning effort. Jonathan Schoop went 3 for 5 at the dish while Niko Goodrum added a pair of hits to finish off Detroit’s offense as a team in the victory. Ivan Nova allowed three runs on three hits while striking out a pair over five innings of work, not factoring in the decision. Buck Farmer got the win to improve to 1-0 while Joe Jimenez picked up the save in the 9th. Spencer Turnbull will go in game three and was 3-17 with a 4.61 ERA and 146 strikeouts last season. This will be Turnbull’s first career start against the Reds.

The Cincinnati Reds will try to rebound after a frustrating showing on Saturday, taking their first loss of the season. All of Cincinnati’s damage on the scoreboard came via the longball, as Freddy Galvis belted a two run home run while Curt Casali and Joey Votto each had solo home runs with Votto going 2 for 4 at the dish in the loss. Mike Moustakas and Nick Castellanos each had a base hit as the Reds cranked out just six hits as a team in the losing effort. Luis Castillo allowed one run on six hits while striking out 11 over six innings of work, not factoring in the decision. Raisel Iglesias ended up with the loss, falling to 0-1 on the year as a result. Trevor Bauer will start this one and was 11-13 with a 4.48 ERA and 253 strikeouts between Cleveland and Cincinnati last season. In his career, Bauer is 10-6 with a 5.32 ERA and 122 strikeouts against Detroit.

On paper, I would’ve first thought Cincinnati in a heartbeat given Turnbull’s record form last year. However, Turnbull had a lot of bad luck last year with the Tigers. Turnbull started 30 games, giving up three earned runs or less in 22 of them while also getting two runs of support or less in 14 games. Bauer on the other hand, went just 2-6 with an ERA well over six after being traded to Cincinnati at the trade deadline last year and a lot of these Detroit bats know Bauer and his stuff from his time in Cleveland. I’ll take a stab at Detroit and the plus money here. 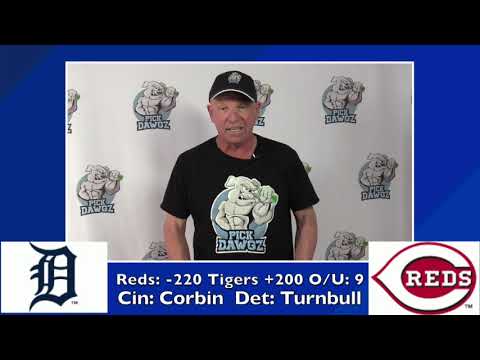