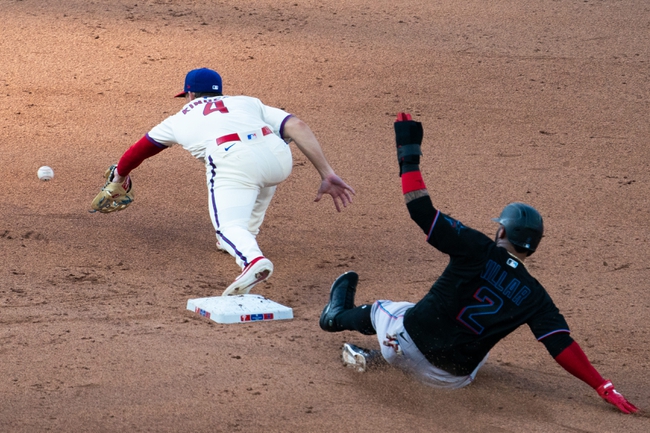 TV: FSFL, NSPA, NBCSP Stream the MLB Game of the Day all season on ESPN+. Sign up now!

The Miami Marlins and the Philadelphia Phillies meet Sunday in MLB action from Citizens Bank Park.

This will be the final game of the opening weekend set between these teams. On Friday, the Marlins notched a 5-2 win. In the Saturday game, Philadelphia struck back with a dominant 7-1 victory to even it up. Check back all season long for free MLB picks and MLB predictions at Sports Chat Place.

Miami had six hits to Philadelphia’s seven in the Saturday game, and couldn’t turn anything into runs. The only real standout for the Marlins was Miguel Rojas, who went 2-for-3 with an RBI. Brian Anderson added a 1-for-2 line, two walks and a run.

For the Sunday game, the Marlins will be sending out RHP Jose Urena in the start. Last season, Urena went 4-10 with a 5.21 ERA and 62 strikeouts in 84.2 innings of work. In total, Urena is the most experienced SP on the Miami staff. He had a great Spring Training, with a 1.06 ERA and 1.06 WHIP in 17 innings.

Over on the Philadelphia side, they didn’t really get going until the sixth inning on Saturday, but added six runs in those three frames. Phil Gosselin was the big hitter for Philly, going 3-for-3 with two homers and three RBI. Didi Gregorius and JT Realmuto also hit home runs for the Phillies.

The Phillies will go with RHP Vince Velasquez in the Sunday start. In 2019, Velasquez tallied a 7-8 record with a 4.91 ERA and 130 strikeouts in 117.1 innings pitched. He’ll have a new pitching arsenal to work with this season as well. Velasquez spent the break learning a cutter and improving his changeup.

Pick: I’m leaning toward Philadelphia here. I do think this game will be close, however. We should be in for a nice pitching matchup on Sunday, as Urena looked great in training and Velasquez should be a more versatile pitcher. Philly is just a slightly better offense.

This should be a relatively lower-scoring game as well, since neither team has a consistently explosive set of bats on paper. Provided neither bullpen implodes, this should be a competitive game and a great way to close out the opening weekend series. 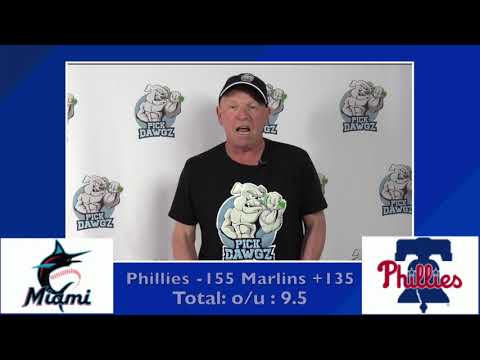