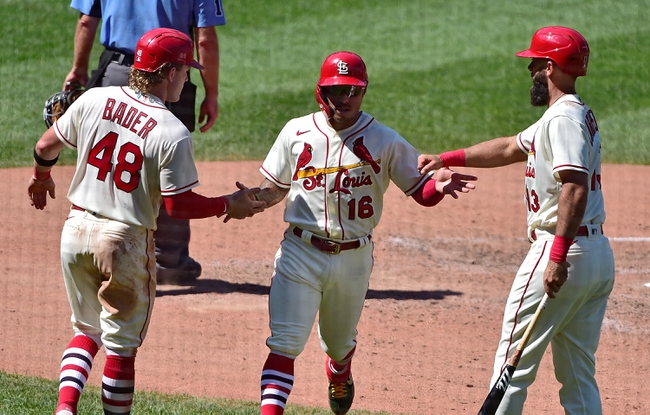 The Pittsburgh Pirates hope to prevent a sweep after a rough 0-2 start to the season. The Pittsburgh Pirates also hope to avoid their first 0-3 start since the 2015 season, a year they actually made the postseason. The Pirates just haven’t looked good on either side of the plate through two games. Jose Osuna leads the Pirates with two hits and two RBI while Colin Moran and Josh Bell have combined for three hits and one strikeout. Mitch Keller gets the ball for the Pirates, and he was 1-5 with a 7.13 ERA and 65 strikeouts last season. This will be Keller’s first career game against the Cardinals.

The St. Louis Cardinals look for a sweep and a quick 3-0 start to the MLB season. The St. Louis Cardinals haven’t started a season 3-0 since 2006 when they won the World Series. The Cardinals have everything going right now, especially an offense that’s produced 14 runs. Paul Goldschmidt leads the Cardinals with four hits and one RBI while Paul DeJong and Kolten Wong have combined for six hits and four RBI. Dakota Hudson gets the ball for the Cardinals, and he was 16-7 with a 3.35 ERA and 136 strikeouts last season. Hudson is 2-0 with a 3.38 ERA and 10 strikeouts in his career against the Pirates.

There's nothing we've seen from the Pittsburgh Pirates in this series that makes me want to get behind them, and Keller wasn't a good pitcher last season even if 48 innings is a small sample size. Hudson has been solid through 59 career games and average seven strikeouts through nine innings last season in his first year as a starter. Give me the Cardinals the RL, as they start 3-0 for the first time since 2006.