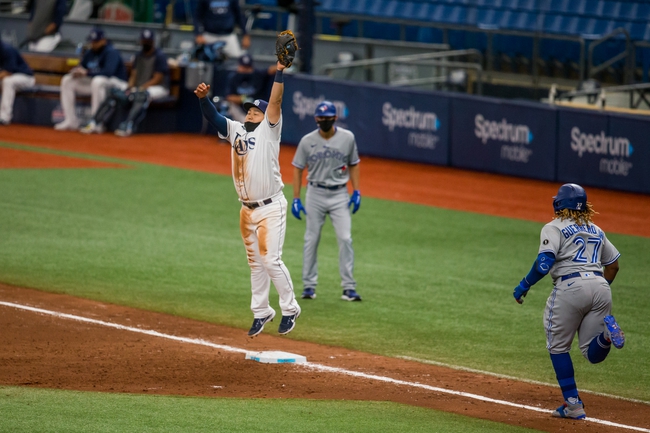 This game will finish up the opening weekend series between these teams. On Friday in game one, Toronto powered out a 6-4 victory. In the Saturday game, we had a tight matchup until the eighth inning, and Tampa Bay evened the series with a 4-1 win.  Check back all season long for free MLB picks and MLB predictions at Sports Chat Place.

Toronto’s offense went quiet on Saturday after their game one outburst. In game two, catcher Reese McGuire provided the Blue Jays’ only run with a solo homer in the seventh inning. Cavan Biggio was the only Toronto player with multiple hits on Saturday, going 2-for-3.

For the Sunday game, the Blue Jays will send out RHP Thomas Hatch in the start. This will be Hatch’s Major League debut, and Anthony Kay is expected to follow him to the mound. Hatch is the Blue Jays’ number 24 prospect and will be working on a pitch count in this one.

Over on the Rays’ side, a lot of guys in the batting order came up empty, but a few key names helped power out the win. Brandon Lowe posted a 2-for-4 line with a triple, two RBI and a run. Ji-Man Choi notched a double, a run and an RBI as well.

Pick: I’m leaning toward Rays in the Sunday finale. Though it’ll be very interesting to see what Hatch can do in his MLB debut for the Jays, he won’t be out there long and that will give Tampa Bay some opportunities in the later innings against the pen. If Snell truly is healthy, that’ll be yet another asset to an already talented Rays pitching staff. If the roster plays to their capabilities, Tampa is going to be a dangerous team this season. 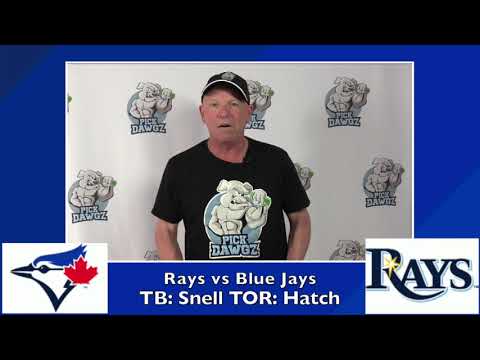